Ross Barkley scored at the death to salvage Chelsea a dramatic 2-2 with Manchester United at Stamford Bridge this afternoon. 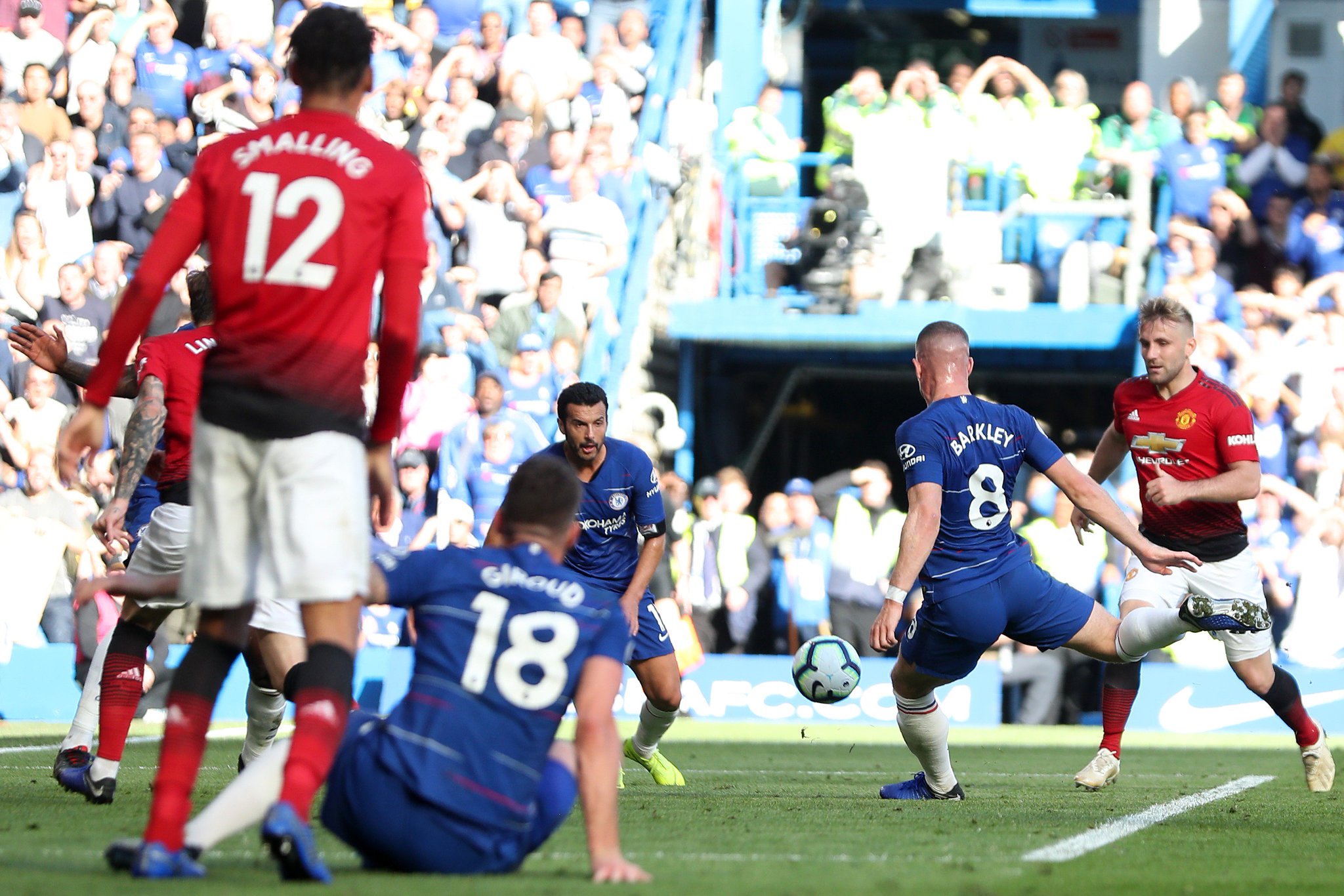 Ross Barkley scored at the death to salvage Chelsea a dramatic 2-2 with Manchester United at Stamford Bridge this afternoon.

Chelsea dominated the opening forty-five and deservedly went in to the break leading 1-0 after defender Antonio Rudiger headed home the opening goal from a corner midway through the first half.

United were a different team after the break and Jose Mourinho’s side levelled things up in the 55th minute as Anthony Martial did superbly well to control a deflected cross before firing home to make it 1-1.

The French international then completed the turn-around as Martial received Marcus Rashford’s pass before curled home in to the bottom corner with a wonderful finish to make it 1-2 in the 73rd minute.

Chelsea pushed to find a late equaliser and it looked like United were going to hold on but the hosts managed to find a way through deep in to stoppage time. First, David Luiz saw his header come back off the post before Rudiger’s follow up was superbly saved by David De Gea but Barkley was on hand to fire home to make it 2-2 in the 96th minute.