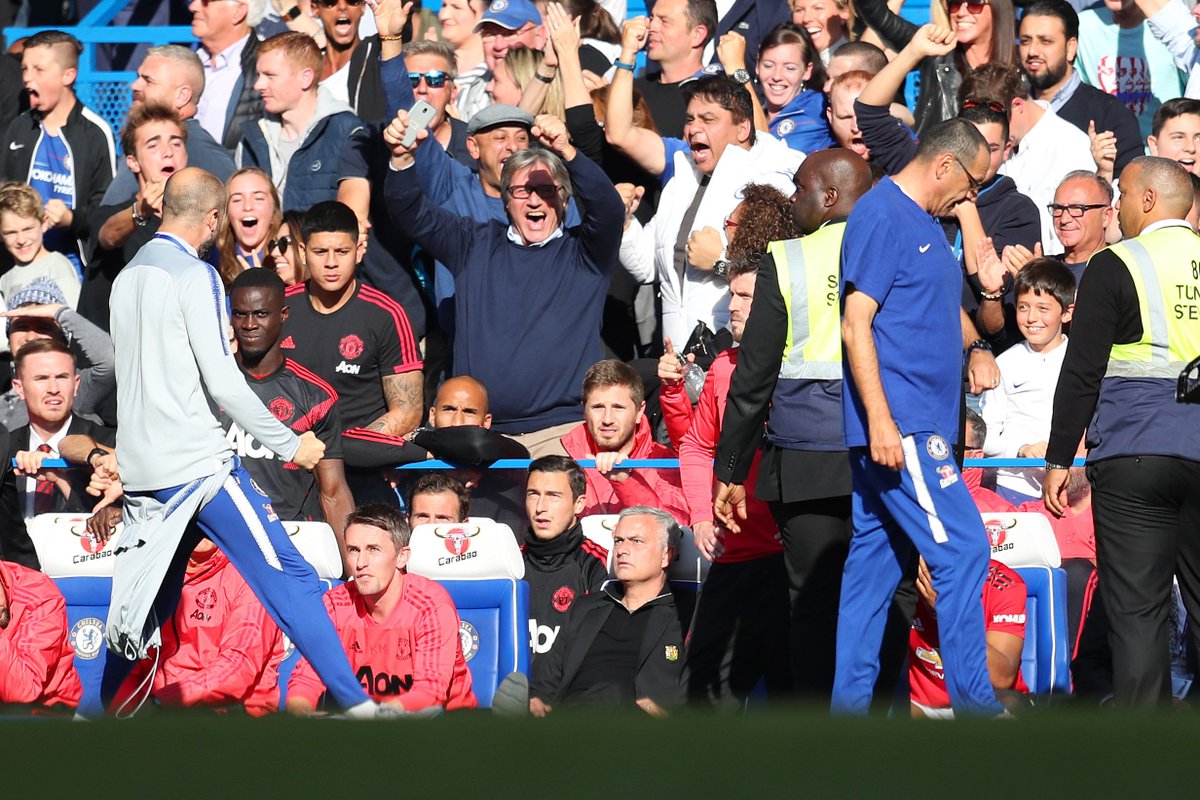 Jose Mourinho was involved in a tunnel bust-up with Maurizio Sarri’s assistant Marco Ianni after Chelsea scored a dramatic late equaliser to salvage a 2-2 draw with Manchester United today.

United looked to be heading towards a vital three points at Stamford Bridge after Anthony Martial scored a superb second half double to put the visitors 2-1 ahead after Chelsea had initially opened the scoring thanks to an Antonio Rudiger header in the first half.

However, Ross Barkley pounced to net a dramatic late equaliser in the 96th minute to secure a 2-2 draw after David De Gea had saved Rudiger’s follow-up following a David Luiz header that had come back off the post.

The drama spilled on to the touchline as Marco Ianni goaded Mourinho by celebrating in front of the United bench and the Portuguese coach reacted furiously by chasing the Chelsea assistant down the tunnel.

Mourinho had to be restrained by security and members of his team as players and staff from United and Chelsea pilled-in to the melee at the top of the tunnel area in what was an unsavoury end to a dramatic afternoon’s football.

Mourinho revealed in his post-match interview that Ianni has apologised for his behaviour during a meeting in Sarri’s office after the game and the United boss is happy to put the incident behind them but it remains to be seen whether the FA will have anything to say.

Check out some footage of the bust-up here: