Manchester United boss Jose Mourinho has confirmed Alexis Sanchez will miss the upcoming games with Arsenal and Liverpool after suffering a serious hamstring injury in training on Thursday.

Mourinho spoke in front of the media at his pre-match press conference today ahead of Saturday evening’s trip to the south coast to take on Southampton and the United boss provided a team news update including the bad news on Sanchez.

The Chilean international was left in agony after tearing his right hamstring in training at United’s Carrington training base on Thursday afternoon and the club are waiting for the inflammation to go down before they can undertake scans to determine the full extent of the injury.

However, Mourinho is fearing the worst as he says in his experience such a serious hamstring injury will mean Sanchez is unlikely to play again in 2018, so the attacker is facing around six weeks on the sidelines.

This is the second blow for United to deal with in the last week as Victor Lindelof was ruled out for around three weeks after suffering a groin strain during the 0-0 draw with Crystal Palace last weekend but Mourinho believes the Sanchez injury is a lot worse.

The United coach is quoted as saying by the Telegraph:

“There have been no scans yet but the player is experienced, the player knows what the injury is and also from the top of my experience, just the painful scream and the way the injury happened, I know it’s going to be for a long time.

“It is not the little muscular injury that in one week or 10 days the player is ready. It is, for me and also for Alexis, the feelings before the scans is that the grade [of tear] is different than the Lindelof one and the Lindelof one was not an easy one so Alexis has what I used to call an aggressive muscular injury. He has an important injury. From the top of my experience he is not playing this year.”

The lay-off means Sanchez will miss around 10 matches in all competitions including the crunch game against former club Arsenal at Old Trafford next Wednesday night and the trip to Anfield to take on Liverpool in mid-December. 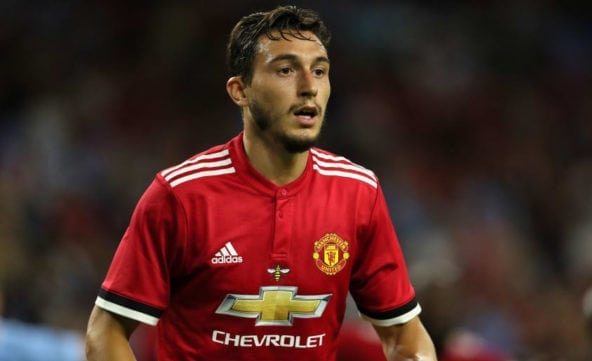 It’s another blow to the 29-year-old as he’s endured a torrid time since joining United from Arsenal back in January and Sanchez has recently lost his place in Mourinho first team having started just three of the last 11 games in all competitions.

Elsewhere, Mourinho had better news on Diogo Dalot as the youngster is now set to make his first Premier League start against Southampton after returning to full fitness having struggled with injuries since joining the club last summer.

“Players must be ready and in this case some are going away to the medical room and others are coming back. For example, this weekend will be the first call for Dalot. He’s ready now.”

”He had an important injury and then surgery, and then a second injury with the national team [Portugal Under-21s] when he was already playing against Young Boys and Derby County. When he was almost there, he was injured for the national team but now he’s had two weeks of training and we think he’s ready now.”

Dalot’s return to fitness will give Mourinho another option in defence as the United boss will also be without Marcos Rojo and Matteo Darmian as well as Lindelof for the trip to Southampton this weekend.