The January transfer window is open and managers are working hard on strengthening their squads and identifying targets for the summer so we’ll keep you up-to-date with the latest rumours. Today, Arsenal are linked with Hector Herrera… 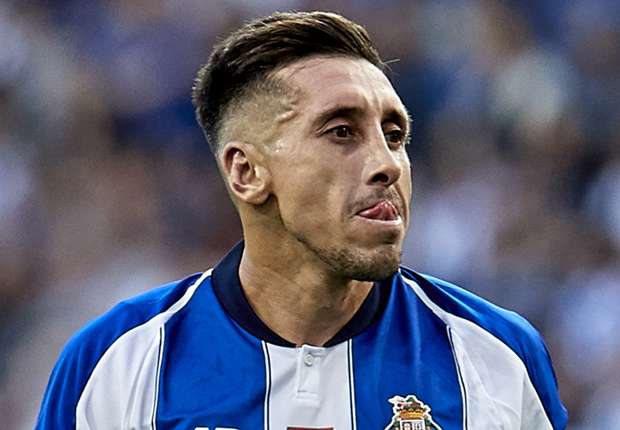 Arsenal are free to hold contract talks with Hector Herrera as Unai Emery eyes a free transfer swoop but we’ll face plenty of competition for the Porto midfielder, according to Tutto Mercato Web via The Sun.

Herrera has been a key player for Porto since joining from Pachuca in 2013 with the talented midfielder providing 29 goals and 33 assists in his 220 appearances while he’s also been a regular fixture in the Mexican national team.

However, the 28-year-old is finally set to leave the Estadio do Dragao at the end of the season as he has less than six months left on his current contract and has made it clear he won’t be signing an extension with Porto.

The situation has alerted a number of European clubs with The Sun citing Tutto Mercato Web as claiming that Arsenal are among those showing a keen interest in signing Herrera on a free transfer this summer.

As he’s in the last six months of his deal and we’re based outside of Portugal, Arsenal chiefs are free to hold contract talks with Herrera and discuss a potential move to the Emirates at the end of the season.

Emery is going to have to be prudent in the market as funds are supposedly tight at Arsenal and with Aaron Ramsey set to leave for nothing when his contract runs out in June, it seems the club are eyeing a bargain swoop for Herrera as the Welshman’s replacement.

However, we’ll face stiff competition as the Italian outlet claims Wolves, Inter Milan, Roma, Atletico Madrid and Sevilla are also in the race to sign Herrera and the player is likely to join whoever offers him the most money.

It remains to be seen whether Arsenal will come out on top in that particular battle but Herrera would be a solid addition to the squad if we could lure him to north London. He’s a talented box-to-box midfielder who can handle himself so I think he’d be a shrewd signing on a free transfer.