Arsenal and Man Utd in battle to sign Italian star, deal can be done at £27m

Arsenal and Manchester United are ready to battle it out over the signing of £27m-rated Roma midfielder Lorenzo Pellegrini, according to reports

The January transfer window is open and managers are working hard on strengthening their squads and identifying targets for the summer so we’ll keep you up-to-date with the latest rumours. Today, Arsenal and Man Utd are linked with Lorenzo Pellegrini… 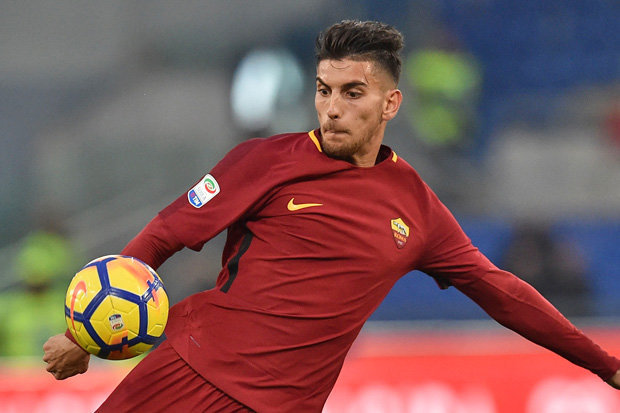 Arsenal and Manchester United are ready to battle it out over the signing of £27m-rated Roma midfielder Lorenzo Pellegrini, according to reports in Italy via the Express.

Pellegrini is a product of the Roma youth system and after spending two years at Sossuolo, he sealed a move back to the Stadio Olimpico in 2017 and has developed in to one of the brightest talents in Italian football.

The 22-year-old is now a regular in Eusebia Di Francesco’s side and has also made his mark at international level having earned 7 caps for Italy so far, and Pellegrini’s potential has caught the attention of clubs here in England.

The Express are citing a report from Il Messaggero that claims Arsenal and Manchester United are among the clubs to have expressed an interest in signing Pellegrini after being alerted to his very reasonable £27m release clause.

United have got their season back on track since Ole Gunnar Solskjaer replaced Jose Mourinho as manager and Old Trafford chiefs are ready to invest in the squad as they look to make the Manchester giants a competitive force once again.

Arsenal are in the market for midfield reinforcements as Aaron Ramsey will leave the Emirates when his contract expires at the end of the season and it seems Pellegrini has been identified as a potential replacement.

However, money at Arsenal is tight until the summer and Unai Emery admitted he can only sign players on loan this month so any permanent move for the Italian international may have to wait until the end of the season.

That may work out well as Il Messaggero, via the Express, suggest that Pellegrini is in no hurry to leave Roma so the likes of Arsenal and Man Utd may try to use the coming months to tempt the midfielder in to moving to England this summer.

However, they may yet face more competition as the report says Chelsea are also showing a keen interest in Pellegrini while Paris Saint-Germain are understood to be keeping track of the player so a transfer battle could be on the cards.

We’ll have to wait and see how things develop over the coming months but Pellegrini is a huge talent, and with a reported release clause of just £27m, it’s easy to see why the likes of Arsenal and Man Utd are interested in the midfielder.