Liverpool have been dealt another major injury blow after Trent Alexander-Arnold was ruled out for a month with a knee injury while Georginio Wijnaldum is also struggling with his own knee problem, according to the Guardian.

Alexander-Arnold suffered the injury during the pre-match warm-up ahead of Liverpool’s narrow 1-0 win over Brighton & Hove Albion at the American Express Stadium on Saturday afternoon.

Jurgen Klopp took a risk by keeping the 20-year-old in the starting eleven and Alexander-Arnold managed to come through the entire ninety minutes as Liverpool cemented their place at the top of the table thanks to Mo Salah’s penalty.

However, the risk seems to have back-fired as the Guardian claim that test results have shown the young full-back has damaged ankle ligaments and Alexander-Arnold is now set to miss the next four weeks.

The news will come as another blow to Liverpool as Alexander-Arnold has been a key player for Klopp this season with the England international making 22 appearances in all competitions having made the right-back spot his own.

His absence gives Klopp a headache as Joe Gomez – who’s filled in at right-back at times this season – is still out with a fractured leg while Nathaniel Clyne can not be recalled from his loan at Bournemouth.

Joel Matip has returned from a broken collarbone but he’s a central defender so Liverpool will have to rely on James Milner or Fabinho to deputise at right-back over the coming weeks while Alexander-Arnold is on the sidelines. 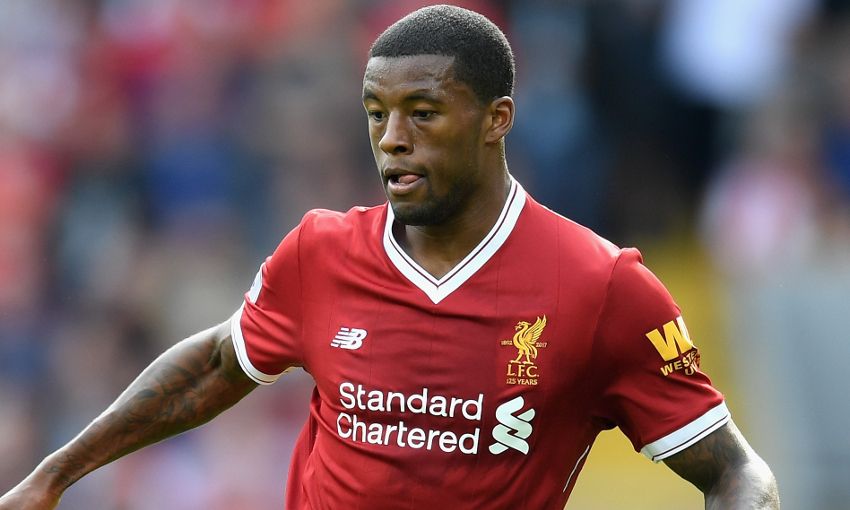 The only positive for Liverpool is the injury is well-timed as this is a relatively quiet month for the Merseysiders so Alexander-Arnold may only miss the Premier League games against Crystal Palace, Leicester, West Ham and Bournemouth before returning ahead of the Champions League last-16 first leg tie against Bayern Munich.

However, Klopp has another injury concern to worry about ahead of Saturday’s clash with Palace as the Guardian claim Wijnaldum is a major doubt due to a knee injury that he picked up against Brighton.

Thankfully the newspaper says the injury isn’t thought to be serious but if the Dutch international is ruled out this weekend then we could see a recall for Naby Keita – who’s played just a handful of minutes over the past four Premier League games.