The January transfer window is open and managers are working hard on strengthening their squads and identifying targets for the summer so we’ll keep you up-to-date with the latest rumours. Today, the latest on Chelsea’s move for Gonzalo Higuain…

Chelsea are hoping to wrap-up a proposed £32m deal for Gonzalo Higuain before the end of the week after AC Milan identified Krzysztof Piatek as his replacement, according to reports.

Higuain has been one of the most prolific hitmen in world football over the past decade and has scored almost 300 career goals during impressive spells at the likes of Real Madrid, Napoli and Juventus.

The Argentinean international is currently on loan at AC Milan from Juve but the striker has struggled to replicate his previous form having scored just once in his last 11 games and it’s led to speculation his loan could be cut short.

The situation has alerted Chelsea as they’ve been strongly linked with a move for Higuain this month with the Express reporting earlier this week that the Blues have been locked in talks with Juventus and Milan over a deal to sign the South American.

Maurizio Sarri is reportedly in the market for a new striker amid reports Alvaro Morata could be heading back to Spain and the Italian coach is seemingly keen to be reunited with Higuain having worked together at Napoli.

TeamTalk are now reporting that Chelsea hope to have a deal agreed by the end of this week with the Blues likely to take over Milan’s obligation to make their loan deal permanent for £32m [€36m] in the summer. 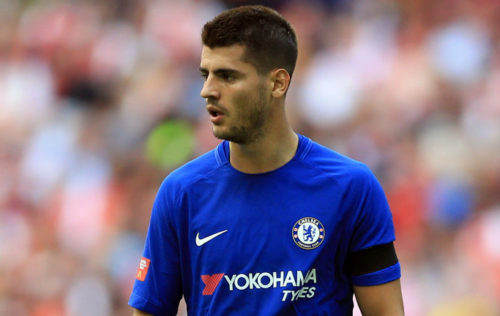 Football London are also reporting that Higuain is a step closer to joining Chelsea this month as AC Milan are on the verge of signing Polish striker Krzysztof Piatek from Genoa as his replacement.

Higuain was named on the bench for Milan’s Italian Supercoppa defeat to Juventus this evening which has only fuelled speculation suggesting the 31-year-old is heading to Stamford Bridge.

We’ll have to wait and see how things progress over the coming days but it looks increasingly likely that Higuain will end up joining Chelsea this month paving the way for Morata to return to Spain with Atletico Madrid favourites to sign him.