Tottenham are eyeing a sensational swoop to sign long-term Liverpool target Nabil Fekir from Lyon this month, according to reports

The January transfer window is open and managers are working hard on strengthening their squads and identifying targets for the summer so we’ll keep you up-to-date with the latest rumours. Today, Tottenham are linked with Liverpool target Nabil Fekir….

Tottenham Hotspur are eyeing a sensational swoop to sign long-term Liverpool target Nabil Fekir from Lyon this month, according to reports in Italy via TeamTalk.

Fekir became one of the hottest properties in Europe last summer after providing 23 goals and 8 assists last season to help Lyon qualify for the Champions League and his form earned him a place in the France World Cup winning squad.

The 25-year-old was strongly linked with a move to Liverpool in the build-up to Russia 2018 with TeamTalk claiming the Reds were on the verge of securing a £60m deal only to pull out at the 11th hour due to concerns over an old knee injury that were flagged up during the medical.

We’ve seen mixed reports in recent months over whether Liverpool remain interested in resurrecting a deal but CalcioMercato, via TeamTalk, suggests that Jurgen Klopp hasn’t given up hope of taking the Frenchman to Anfield this month.

However, if Liverpool do renew their interest in Fekir then it looks like they’ll face competition as the Italian outlet say Tottenham are also in the running to sign the attacker after seeing their squad decimated recently.

Harry Kane has been ruled out for at least six weeks after damaging ankle ligaments against Man Utd on Sunday while Hueng-min Son could miss five games as he’s representing South Korea at the Asia Cup. 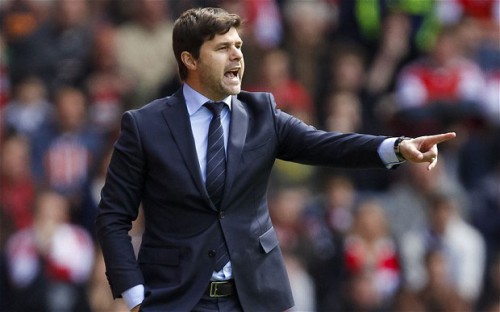 Moussa Sissoko is also facing a month on the sidelines due to injury while Mousa Dembele has just completed a move to China so Mauricio Pochettino needs to strengthen his squad and it seems Fekir is on his radar.

After a slow start to the season following his collapsed move to Liverpool, the French intentional has rediscovered his best form in recent months with Fekir providing 7 goals and 4 assists in his 18 appearances so far.

However, Fekir has just 18 months left to run on his contract so Lyon mat be tempted to cash-in rather than see his value drop any further and it looks like Liverpool and Tottenham could be ready to do-battle over a deal.