This is our match preview ahead of Liverpool’s Premier League clash with Crystal Palace including team news, expected line-ups and predicted score

Liverpool will be looking to cement their position at the top of the table with a win over Crystal Palace at Anfield on Saturday afternoon.

The Reds bounced back from disappointing defeats to Manchester City and Wolves by securing a vital 1-0 victory over Brighton & Hove Albion last Saturday thanks to Mohamed Salah’s second half penalty.

That result ensured Liverpool remain four points ahead of the Citizens at the summit and Jurgen Klopp’s men have the chance to open up a seven point lead with a win tomorrow ahead of City’s trip to Huddersfield on Sunday.

The Merseysiders will welcome former boss Roy Hodgson back to Anfield this weekend and Liverpool will face an in-form Palace side that have taken 10 points from their last six games – which included a shock 3-2 win away to Man City – so the hosts shouldn’t take anything for granted.

Liverpool defender Trent Alexander-Arnold was reportedly facing a month on the sidelines with a knee injury but Klopp has said the full-back has not yet been ruled out of tomorrow’s game – although he’s still highly unlikely to be risked.

Georginio Wijnaldum is also expected to miss out with a knee problem but Adam Lallana could return to the squad after returning to training from a muscle problem.

Dejan Lovren will miss the game with a hamstring injury but he could return against Leicester City next week while Joe Gomez and Alex Oxlade-Chamberlain remain on the sidelines.

Palace have problems in goal as Vicente Guaita and Wayne Hennessey have been ruled out through injury so 39-year-old Julian Speroni will make his first start since 2017.

Christian Benteke could be involved after making his return from injury during the 2-1 defeat to Watford last weekend. 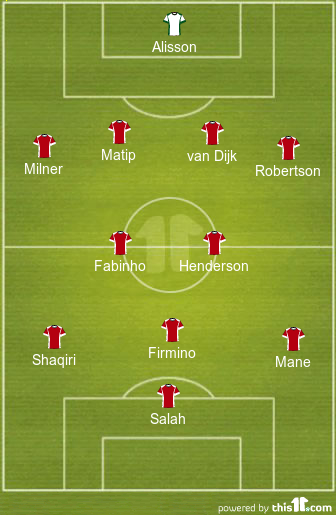 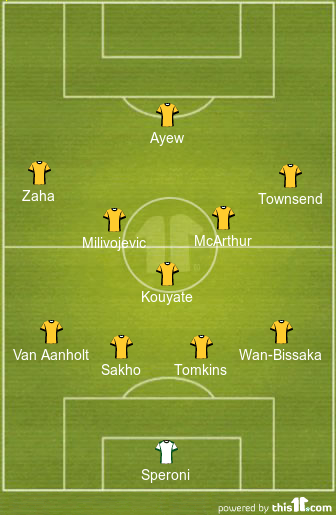 Liverpool 2-0 Crystal Palace: Liverpool have won five of their last six league games against Palace and are unbeaten in their last 31 league matches at Anfield so they’ll be confident tomorrow. Hodgson will be keen to impress against his former club but I can’t see past a routine home win for Liverpool this weekend. They’ll have too much quality in the end for Palace.