The January transfer window is in full swing and managers are working hard on strengthening their squads and identifying targets for the summer so we’ll keep you up-to-date with the latest rumours. Today, Arsenal and Liverpool are linked with Emerson…. 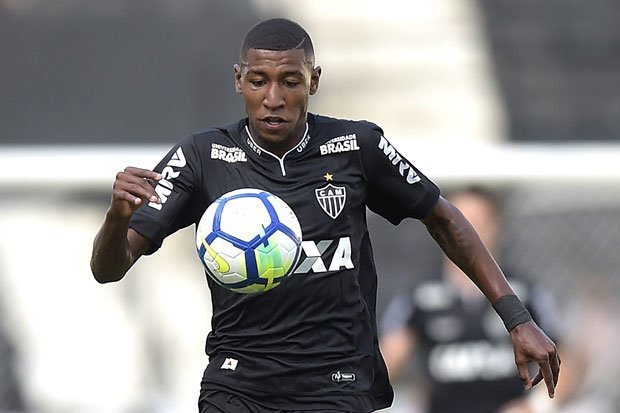 Arsenal and Liverpool are in a fierce battle to sign Atletico Mineiro wonderkid Emerson with several clubs throughout Europe chasing the Brazilian defender, according to reports in Spain via the Daily Star.

Emerson – full name Emerson Aparecido Leite de Souza Junior – began his career at Ponte Preta and came through their youth ranks before moving to Mineiro in April 2018 where he’s developed in to one of the most highly-rated young players in Brazilian football.

The 20-year-old has established himself as Mineiro’s first choice right-back this season and has already racked up 25 appearances in the Brazilian Serie A while he’s also represented Brazil at Under-20 level.

Emerson’s potential has alerted clubs here in the Premier League with the Daily Star citing a report from Mundo Deportivo that claims Arsenal and Liverpool are both hoping to lure the youngster to England.

Arsenal are in need of defensive reinforcements as Rob Holding won’t play again this season due to injury while Hector Bellerin has also been ruled out for up to nine months after rupturing his cruciate knee ligament on Saturday.

Stephan Lichtsteiner is also expected to leave the club when his contract expires in June so Unai Emery needs to strengthen his options at right-back and it seems Arsenal are eyeing a swoop for Emerson.

Liverpool are also being tipped to move for the South American youngster and while Jurgen Klopp has Trent Alexander-Arnold in his ranks, the Reds boss could view Emerson as a replacement for Nathaniel Clyne – who’s joined Bournemouth.

However, the Premier League duo will face stiff competition for Emerson’s signature as Mundo Deportivo, via the Daily Star, says Barcelona are leading the race while Borussia Dortmund, Inter Milan, Porto, Juventus, Shakhtar Donetsk and Sampdoria are among a host of other European clubs also showing a keen interest.

We’ll have to wait and see how things progress over the coming weeks but it seems there is going to be a fierce transfer battle to sign Emerson with Arsenal and Liverpool right at the heart of it.