Jamie Carragher and Gary Neville claim Unai Emery is doing a fantastic job because Arsenal’s squad is worse than the likes of Tottenham and Man Utd’s. 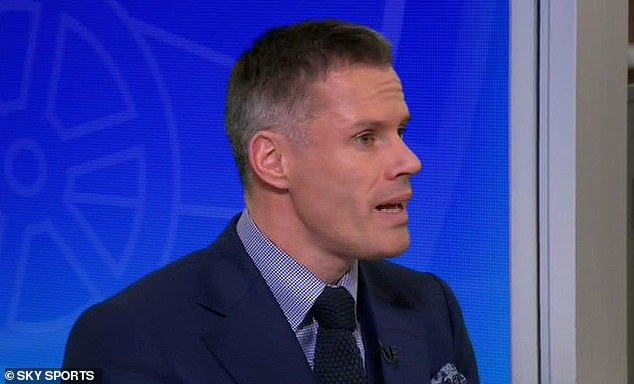 Sky Sports pundits Jamie Carragher and Gary Neville claim Unai Emery is doing a fantastic job at the Emirates because Arsenal’s squad is the worst out of the top six clubs.

Arsenal moved back in to the top four with an impressive 2-0 victory over Manchester United on Sunday afternoon with Granit Xhaka opening the scoring in the first half before Pierre-Emerick Aubameyang sealed the win from the penalty spot after the break.

The victory saw Arsenal move two points clear of United in the Premier League table with Chelsea a further point adrift in sixth – although the Blues do have a game in hand on their rivals.

The Gunners also sit just one point behind third-placed Tottenham after they slumped to a 2-1 defeat at Southampton on Saturday afternoon so Arsenal are right in the mix to finish in the top four this season.

With just four points separating third from sixth, the race for Champions League qualification is going to be extremely tight but Arsenal are in a strong position as they don’t have to play any of their top-six rivals during their final eight league games.

It means Unai Emery has a great chance to get Arsenal back in the Champions League in his first season at the club and Carragher believes the former Sevilla coach will over-achieve if he manages to secure a top four finish.

The former Liverpool defender claims Arsenal’s squad is the worst out of the top six clubs so he feels Emery is doing a fantastic job to be competing with superior teams such as Tottenham and Manchester United this season.

Carragher also went on to suggest that Emery’s arrival has helped improve the atmosphere at the Emirates compared to recent years when former boss Arsene Wenger was in charge.

Speaking on Sky Sports after the game, Carragher is quoted by the Daily Mail as saying:

‘I actually think Arsenal’s set of players in the worst in the top six. If you see where teams should finish judged on their squad I’d say they should finish sixth and at this moment they’re fourth. I think that shows the job he’s doing and that’s the change here in the stadium.’

‘The team he wants is a more intensive team than the one we saw under Arsene Wenger. Even under Wenger you never really got the stadium like that. There’s an intensity about it. Coming here in the last four years I haven’t really seen that.’

‘He’s working with a squad that’s limited, in the sense that you’re thinking it should be finishing sixth in the league, but he’s doing brilliantly with it.’

I’m sure many Arsenal fans would argue that their squad is just as good, if not better, than the likes of Tottenham, Man Utd and Chelsea but they won’t care about any of it if the Gunners manage to secure a return to the Champions League with a top four finish.