Arsenal moved up to third place in the Premier League table after beating Newcastle United 2-0 at the Emirates this evening. Watch the goals here 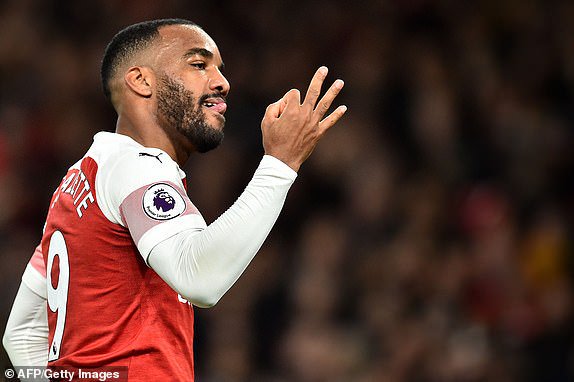 Arsenal moved up to third place in the Premier League table after beating Newcastle United 2-0 at the Emirates this evening.

We dominated from the outset and should have broken the deadlock when Aaron Ramsey fired home at the far post following a corner but the referee ruled it out after claiming Sokratis had tugged a Newcastle defender off the ball.

However, we didn’t have to wait too much longer to make it 1-0 and it was that man Ramsey again as he slotted home a left-footed shot into the bottom corner from 18 yards in the 30th minute.

Alexandre Lacazette saw a sweet volley cleared off the line shortly before half time and we continued to press after the break before eventually making it 2-0 in the 83rd minute. Pierre-Emerick Aubameyang found Lacazette with a header and the Frenchman lobbed the Newcastle keeper to double our advantage.

Lacazette then saw a perfectly good goal ruled out but it didn’t matter as Arsenal eased to a 2-0 victory that means we climb above Man Utd and Tottenham into third place in the table.