If you’re interested in stats and facts, here are some unbelievable nuggets of information to add to your pub quiz arsenal.

With billions of avid fans all over the world, it’s no wonder that football is known as the beautiful game. If your Saturdays are spent cheering on your team from the stands or you’re interested in stats and facts, here are some unbelievable nuggets of information to add to your pub quiz arsenal.

You often hear about players becoming tired, especially over the festive period when the fixture list concertinas, but the risk of exhaustion wasn’t a problem for Wales and Manchester United legend, Mark Hughes. Hughes, who had recently signed for Bayern Munich, was accosted to play for his new team, despite the fact that he had another match for Wales on the same day. After meeting with Uli Hoeness, he was informed that he would be able to play for Wales in a qualifier at lunchtime before catching a flight to play for Bayern against Borussia Monchengladbach in the evening. Hughes missed the first half, but was available for the second half. Bayern Munich won the game, and Hughes became the first player to be named in two teams on the same day.

After numerous contentious decisions, goal line technology was introduced to the Premier League in 2014. On January 18th, in a match between Manchester City and Cardiff City, the Bosnia-Herzegovina striker made history by scoring the first goal to be confirmed using the new technology. Since that day, several goals have been allowed or disallowed based on precision technology, rather than the view of the referee or the linesmen or women. 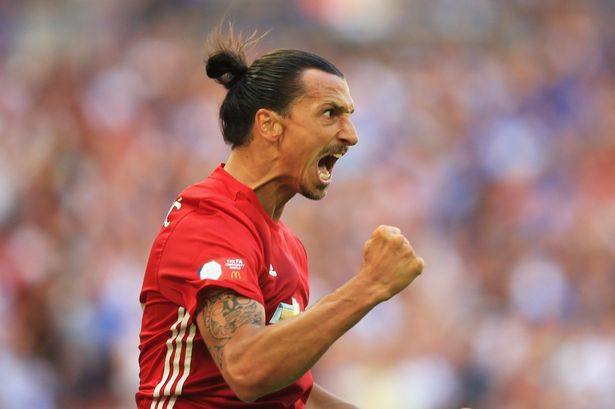 One of the most iconic footballers of our time, you could be forgiven for thinking that Zlatan Ibrahimovic has won it all. The truth is that despite having played for six clubs that have won the Champions League, the Swedish star doesn’t have a winner’s medal of his own. Ibrahimovic has played for Ajax, Inter Milan, Barcelona, Juventus, AC Milan, and Manchester United.

When it comes to the game’s nice guys, look no further than Gary Lineker. The striker, who wore England, Tottenham and Leicester football kits, never received a yellow card. Lineker played more than 560 club games and has more than 80 England caps.

France’s teenage sensation, Kylian Mbappe became the youngest player to score in a World Cup Final since Brazilian legend Pele. Mbappe struck to seal a victory for France against Croatia at the 2018 World Cup. He was 19 when he scored. Pele is still the youngest scorer in a final after hitting the back of the net against Sweden in 1958. He was aged just 17. Pele remains the youngest ever World Cup winner aged 17 years and 249 days. At the other end of the spectrum, Italian goalkeeper Dino Zoff holds the record for the oldest winner. He lifted the trophy aged 40 years 133 days.

Former England, Blackburn, Leeds, Spurs and Burnley goalkeeper, Paul Robinson is currently the only goalkeeper to have scored, assisted and won a penalty in the Premier League. Robinson also holds the record for goalkeeping assists, with 5 to his name. Robinson’s record shows that goalkeepers don’t just play a role in blocking footballs and saving goals. His footballing talents and awareness and vision also helped to boost his team’s goal difference. Anyone who is inspired by Robinson’s exploits on the ball should check out the amazing kits at Pendle Sports.

West Ham defender, Alvin Martin, once scored a hat trick by beating three different goalkeepers in a match against Newcastle. Martin first beat Martin Thomas and then scored against Chris Hedworth, who had taken the gloves after Thomas went off injured. Hedworth was then taken off with another injury, leaving Peter Beardsley to keep goal. Martin completed his hat trick after outwitting Beardsley in a game that finished 8-1.

They say the perfect hat trick is achieved by showcasing different tricks and skills, but there’s nothing wrong with showing heading prowess to score three times in one match. To date, there are only two players who have managed to score three headed goals in the Premier League. These players are Duncan Ferguson when playing for Everton against Bolton in 1997 and Salomon Rondon for West Bromwich Albion against Swansea in 2016. 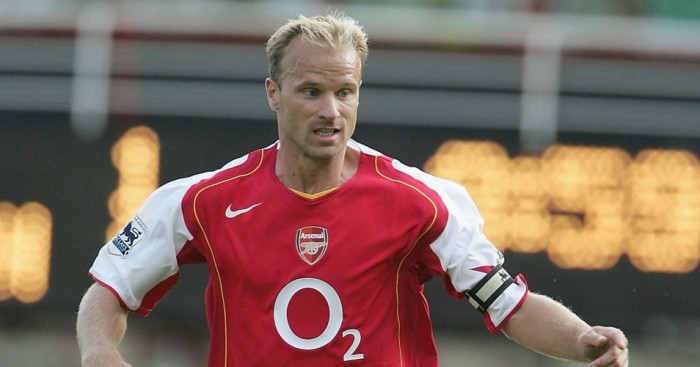 Arsenal striker Dennis Bergkamp is the only player to have scooped 1st, 2nd and 3rd place in the Premier League goal of the month awards. This magnificent feat occurred in August 1997 and is unlikely to be replicated due to changes in the selection process.

Arsenal’s famous ‘invincibles’ were rewarded with a special golden version of the Premier League trophy to recognise the incredible feat of going unbeaten for the whole season. Traditionally, the trophy is silver. The team of 2003/2004 included names like Viera, Bergkamp, Henry, Cole, Pires, Keown and Campbell. The invincibles won 26 games and drew 12 matches to clinch the title in their famous red and white kit. Their 49 game unbeaten streak came to an end at Old Trafford when the team was beaten 2-0 by Manchester United.

Next time your friends challenge you to a stat-off, or you’re taking part in a quiz, hopefully, these fantastic facts will come in handy!