Here is our match preview ahead of Arsenal’s Premier League clash with Wolves at Molineux including team news, expected line-ups and prediction

Arsenal will be looking for a win to move back into the top four of the Premier League when we take on Wolves at Molineux this evening.

We slumped to a shock 3-2 defeat to Crystal Palace at the Emirates Stadium on Sunday afternoon and that result was expected to have severely dented our chances of finishing in the Champions League qualification places this season.

However, we got away with it as Tottenham lost at Manchester City, Chelsea were held at home by Burnley while Manchester United were thumped by Everton so we didn’t lose too much ground on our rivals.

Tottenham scored a late winner once again to edge past Brighton on Tuesday night so they are third in the table on 70 points but Arsenal can climb above Chelsea into fourth and move to within one point of our north London rivals with a win this evening.

With United hosting City at Old Trafford this evening and Chelsea just one point above us with one game less to play, victory tonight will be crucial in trying to secure a top four finish.

Arsenal could be taking on Wolves at a good time as they haven’t won since losing their FA Cup semi-final with Watford with Nuno Espirito Santo’s side losing to Southampton and being held at home by Brighton in their last two matches.

Arsenal welcome Sokratis back into the squad after he completed a two-match suspension while Granit Xhaka could return after missing the defeat to Palace with a minor hip injury.

However, Aaron Ramsey remains on the sidelines with a hamstring injury while Denis Suarez is out with a groin problem so they join Hector Bellerin, Danny Welbeck and Rob Holding on the treatment table.

Wolves have no fresh injuries to worry about and they expect Leander Dendoncker to be available again after he missed the draw with Brighton on Saturday. 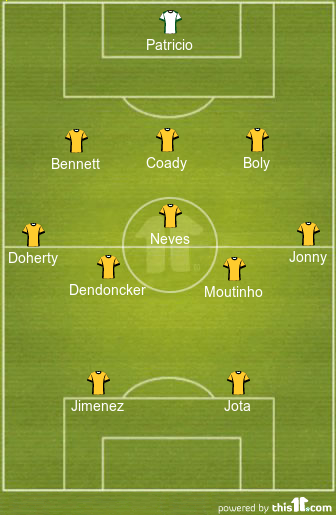 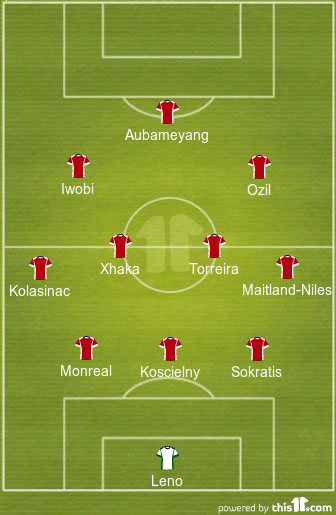 Wolves 0-1 Arsenal: Arsenal have a poor away record this season having won just six of our 16 league matches so far this campaign and Wolves have already beaten Chelsea, United and Tottenham so this won’t be an easy game. However, we’ve never lost to Wolves in our nine Premier League meetings and a 1-0 win at Watford last week will give us confidence. I expect this to be a tight game but hope Arsenal have enough to edge it to claim a vital 1-0 win.