Arsenal have been handed a double fitness boost as Nacho Monreal and Mesut Ozil took part in training ahead of Thursday night’s clash with Valencia. 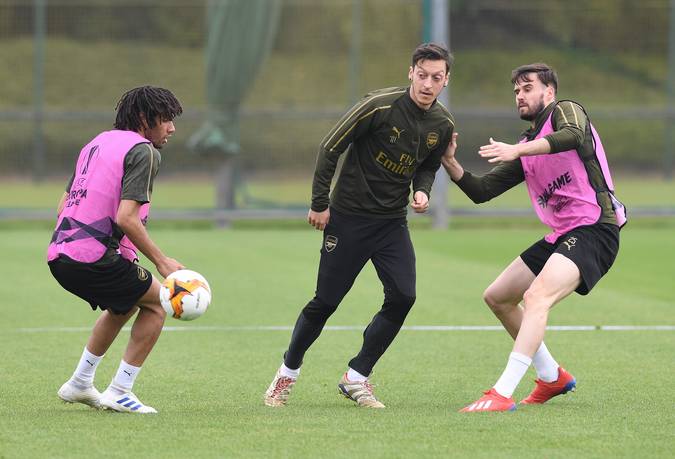 Arsenal have been handed a double fitness boost as Nacho Monreal and Mesut Ozil took part in full training today ahead of Thursday night’s Europa League clash with Valencia.

We welcome the Spaniard’s to the Emirates Stadium tomorrow night for the first leg of our semi-final tie and Monreal was considered as a doubt for the game due to a calf injury that kept him out of Sunday’s 3-0 defeat at Leicester City.

Arsenal confirmed in their team news update earlier this morning that Monreal would need to be assessed before his availability could be determined but it looks as though he’s been passed fit as the full-back took part in full training with the rest of the first team this afternoon.

Ozil also sat out the shocking defeat to Leicester at the weekend with a foot injury but in a double boost for Unai Emery, the German playmaker was also out on the training pitches at London Colney today so he should be in contention to face Valencia.

However, there isn’t such positive news on Aaron Ramsey as Emery confirmed at his press conference that the midfielder has been ruled out for the rest of the season with an on-going hamstring injury. It means Ramsey won’t play for the club again as he’s set to join Juventus when his contract expires on June 30th.

Denis Suarez will also not play for the club again as he’s been ruled out for the rest of the campaign with a groin injury but there is better news on Rob Holding as the defender has stepped-up his rehabilitation from a knee injury by starting ball work.

Here are some photos from training today courtesy of Arsenal.com: 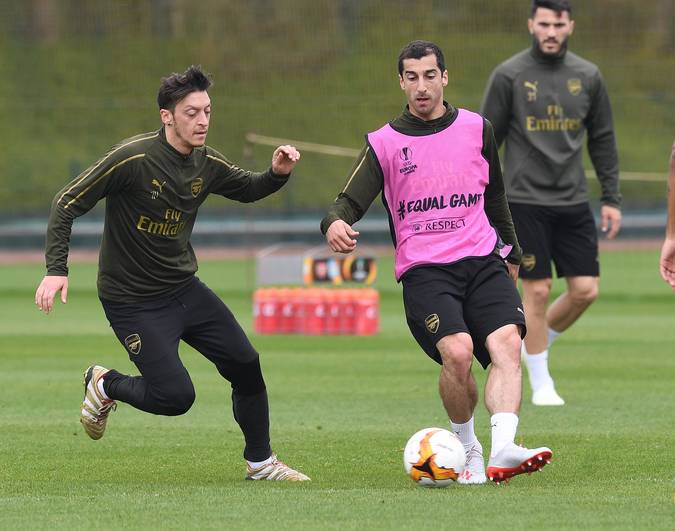 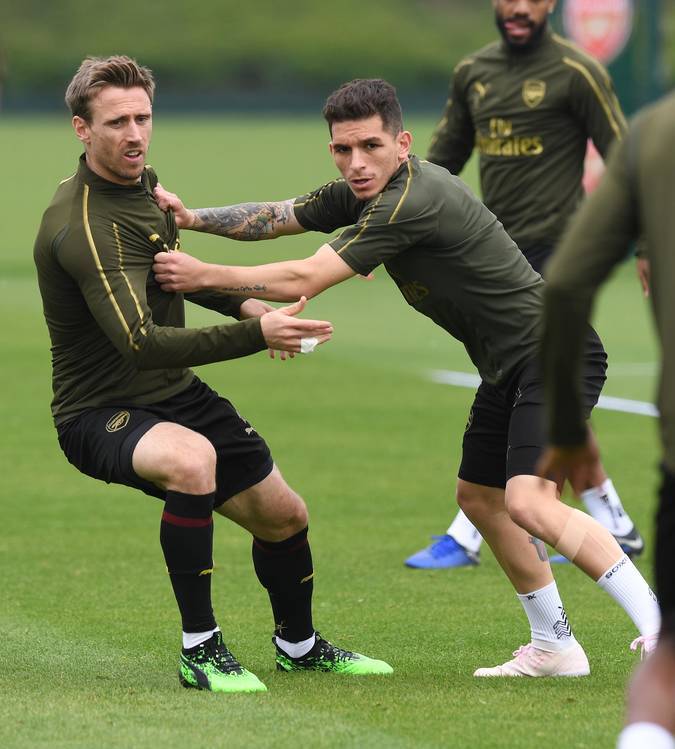 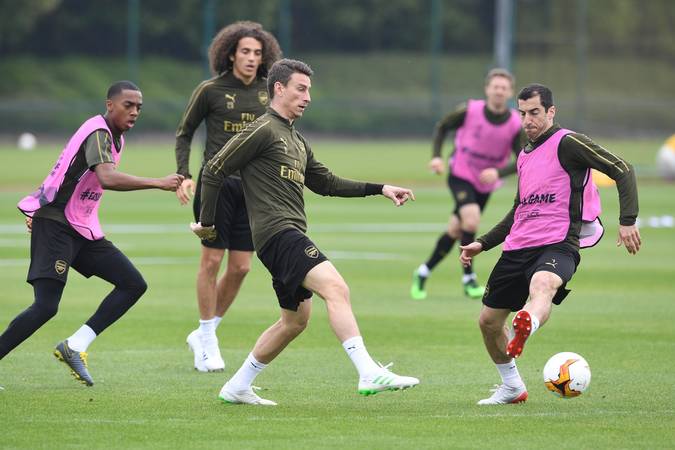 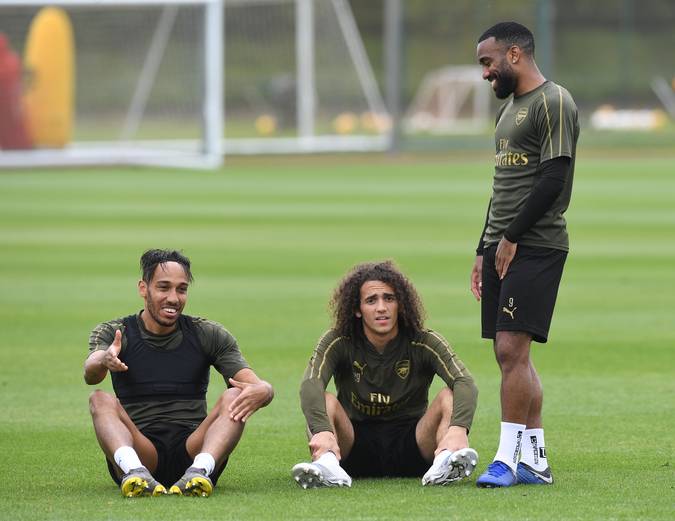