Title Race Over for Chelsea? 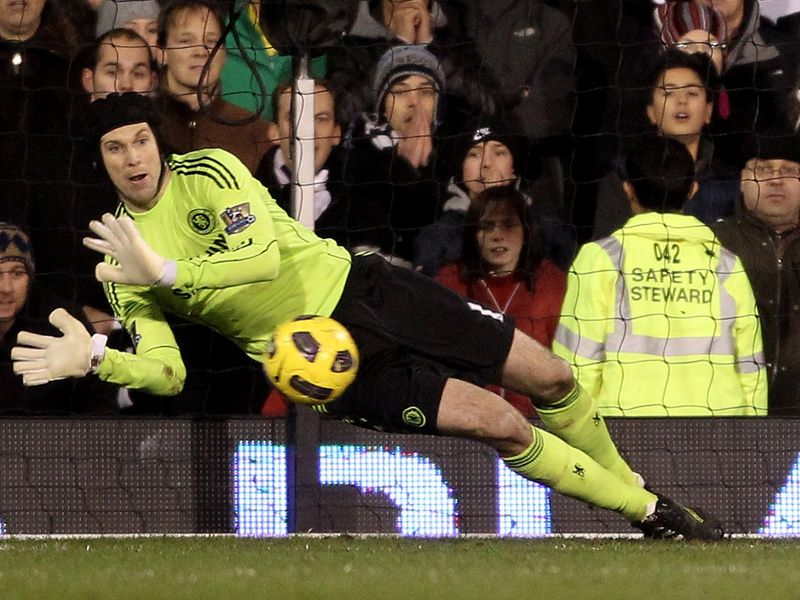 Chelsea’s sixth draw this season will be seen as another two points dropped as they struggle to keep up with the top two, Manchester United and Arsenal. As they will continue to emphasise, they are still mathematically in the race, with there still being a possibility – although a slim one, of Ancelotti’s side gaining twelve points on the leaders without reply. It is one hell of a tall order, especially when the leaders United seem to become a stronger force later on in the season, and seeing as they have only lost one game up until now, Chelsea would be forgiven for setting their sights on fourth spot and not the top one.

After spending a colossal amount of money in January, you would at least expect the results to improve for the Blues. Torres, who cost £50 million, has made little impact in both his debut against his former club Liverpool, and against Fulham last night. Perhaps understandably, Fulham fans were heard chanting ‘What a waste of money’, directing it the Spaniard.

Meanwhile, David Luiz, who had a strong full debut for his new club – apparently worth around £21 million – conceded a late penalty which, if converted, could have made a draw look like a good result. Clint Dempsey missed the spot-kick and saved Chelsea’s blushes away at Craven Cottage.

Chelsea ultimately escaped with a point. That is not something anyone was familiar with saying about them last season or early this season when they trampled teams scoring goals for fun. Fulham are a tough side to beat, granted, and as Chelsea’s narrow 1 – 0 home victory against them earlier this season proves, Mark Hughes’ side are not to be rolled over all to easily. But this is the kind of fixture that Chelsea would be expecting to win, especially when they are already so far behind United and Arsenal.

Petr Cech, who saved the penalty to secure the point admitted:

“For the title, this point is too little.”

“Mathematically it is not over, but obviously we are quite far [off] now because they [Chelsea’s rivals] won their games and we dropped another two points.”

However, the goalkeeper assured fans that this is not the end of them this season. While it still a possibility, Chelsea will continue to fight, in the hope of big slip ups from their rivals:

“But there is still a long way to go and we are going to fight to the end.”

Chelsea do however have two games to play against the Manchester United, and therefore six points to gain without reply. After snowy conditions earlier in the season, the scheduled match was postponed, and was re-scheduled for later in the season. The two fixtures will be played on the 1st March at Stamford Bridge, and the 7th May at Old Tafford.

Have no doubts, those two games will be pivotal in which way this years title swings – whether Chelsea are up there challenging or not. 2 wins for Chelsea aginst United may not win them the title, but it would surely guarantee a top four finish, while perhaps giving way for Arsenal to sneak ahead of United and snatch their first title in however many years its been.

They face a tough, arduous uphill battle, but Chelsea could still defend their title. It is more likely however, that they will have a bigger say in who gets it instead of them – United, Arsenal… or City, while in the meantime, they will have to concentrate on securing a Champions League place for next season, or their £50 million Fernando won’t be happy.