Here is our match preview ahead of Arsenal’s Europa League semi-final clash with Valencia including team news, expected line-ups and prediction

Arsenal will be looking to book their place in the Europa League final when they take on Valencia in the second leg of our semi-final this evening.

We’ve put ourselves in a strong position after winning the first leg 3-1 at the Emirates Stadium last week thanks largely to a brace from Alexandre Lacazette but the injury-time strike from Pierre-Emerick Aubameyang has given us a vital cushion.

Going into tonight’s decisive leg with just a 2-1 win would have been extremely dangerous as Arsenal’s away form throughout the season has been poor so Aubameyang’s late goal last week could prove crucial.

Unai Emery will have to pick his players up after Arsenal blew their chances of finishing in the top four of the Premier League with a dismal 1-1 home draw against Brighton on Sunday so the Europa League is our only hope of success this season.

It’s not going to be easy as Valencia are strong at home and no doubt they’ll take heart from the comebacks staged by Liverpool and Tottenham this week but Arsenal should still be confident of booking their place in the final.

Arsenal have no fresh injury concerns to worry about following the Brighton game but Aaron Ramsey remains out with a hamstring injury while Denis Suarez is also unavailable due to a groin problem.

Francis Coquelin could face his former side after missing the first leg through suspension but Valencia have no serious injury worries to contend with. 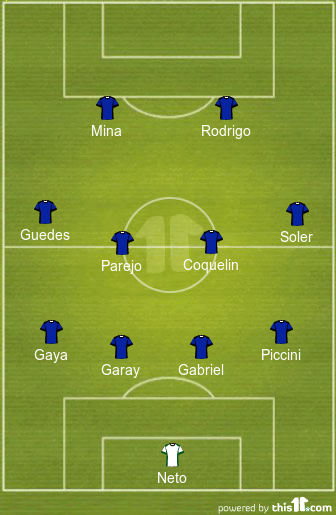 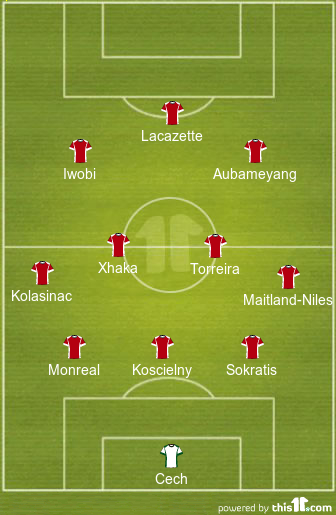 Valencia 2-1 Arsenal: I’m expecting a nervous night for Arsenal fans as our away form has been woeful this season. We’ve already lost at BATE Borisov and Rennes in the previous knockout rounds and have lost on our previous two trip to Valencia. The Spaniards have also only lost one of their last 21 home games in all competitions so I don’t see us winning this match. However, I do think we’ll grab a vital away goal and the two-goal cushion from the first leg should be just enough to see us book our place in the final – which takes place in Baku, Azerbaijan on May 29.