Our weekend recap continues, with this article looking at how Liverpool, Man City and Man United did on the final day of the Premier League season…

Our weekend recap continues, with this article looking at how Liverpool, Manchester City and Manchester United did on the final day of the Premier League season…

Liverpool fell just short in their quest for that elusive Premier League title. It looked like it was on at one stage when the Reds led Wolves 1-0 thanks to Sadio Mane’s opener, while Manchester City fell behind to Brighton, but it wasn’t to be as Pep Guardiola’s men went on to win 4-1 on the south coast. Mane got a second and it finished 2-0. Mane and Mo Salah finished the season on 22 goals and share the Golden Boot with Arsenal’s Pierre-Emerick Aubameyang.

Liverpool were desperately unlucky not to finish the season with a Premier League crown, as their 97 points was an amazing total. Unfortunately for them, this Manchester City side are incredible and just didn’t stop winning. Jurgen Klopp’s men would have walked away with the title most seasons, but finish runners-up by just one point. They’re to be praised though, as it’s been a monumental effort this season, and pushing City all the way is something to be proud of.

Of course, the Reds still have a chance to lift some silverware as they play Tottenham in the Champions League final in just under three weeks’ time. That’ll obviously be huge for them, while you’d have to wonder if they’ll be even more desperate to win it after falling short in the Premier League. It wouldn’t feel right if a team as good as Liverpool finished the season without winning anything, but football can be harsh at times. We’ll see if they can do it on the first day of June. 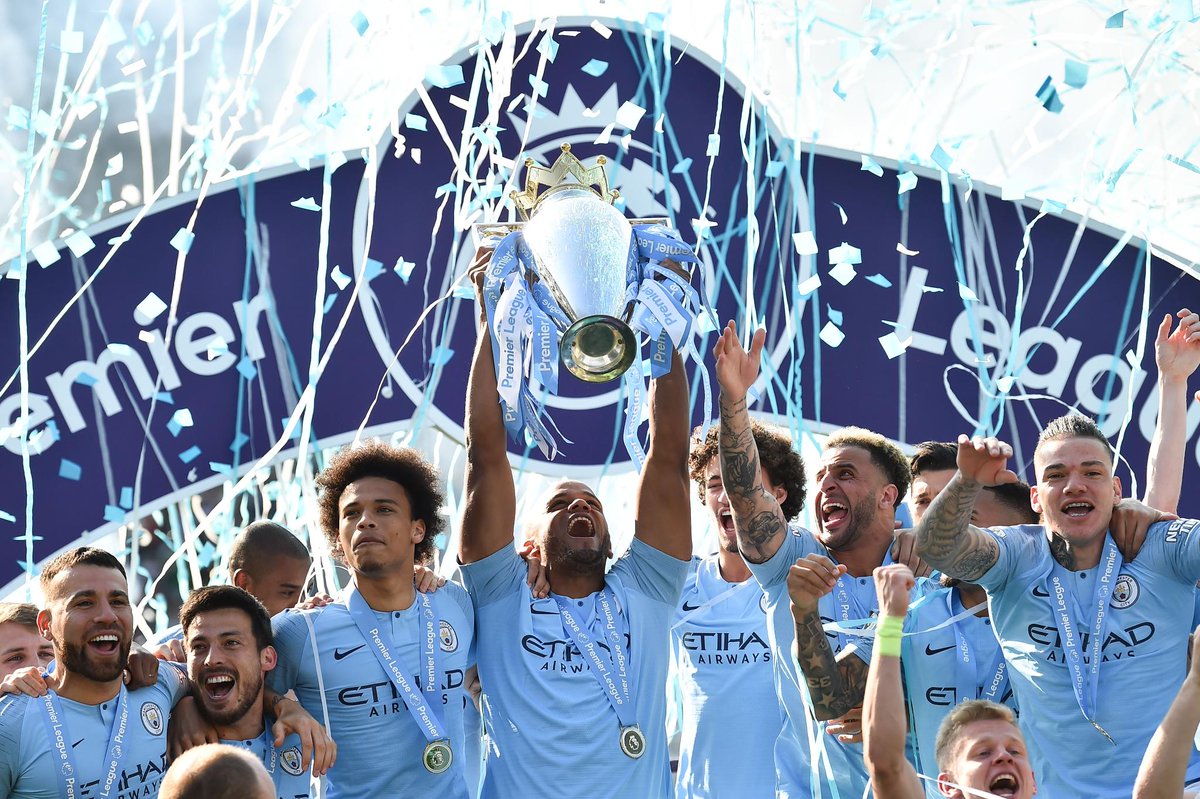 Manchester City became the first team to retain the Premier League title for 10 years when they beat Brighton 4-1 at the Amex on Sunday. They faced a nervy spell when they fell behind to Glenn Murray’s opener on 27 minutes, but Sergio Aguero equalised almost immediately from the kick-off. Just 10 minutes later Aymeric Laporte scored and the party began. The game was made safe by Riyad Mahrez on 63 minutes, before Ilkay Gundogan added a fourth for the champions.

This Manchester City side really are incredible and have been amazing over the last few months. They’ve been pushed all the way by Liverpool, but they emerged victorious in the end. They’ve almost been as good as last season – finishing on 98 points, two less than last season – which really is amazing. They had to keep winning as Liverpool wouldn’t let up, and won every game since they were beaten by Newcastle at the end of January.

Pep Guardiola’s Manchester City are certainly one of the best sides to grace the Premier League. They should be applauded for how good they are. They’ll surely be towards the top of the Premier League table again next year as they look for an unbelievable third title in succession.

Manchester United were playing for nothing. They could have finished ahead of Arsenal in fifth if the Gunners lost at Burnley, but the North Londoners result proved irrelevant as United fell to a shocking 2-0 defeat against relegated Cardiff at Old Trafford. The Red Devils finish sixth and are in the Europa League next season.

They’ve had a torrid time this season. It’s gone wrong from beginning to end, with the exception of Ole Gunnar Solskjaer’s first couple of months. That good run papered over some of the cracks, but make no mistake, United are in an awful place at the moment. They have a lot of work to do, and it seems like it’ll be another few years before they’re in a position to challenge again. Big changes have to be made behind the scenes, as well as the players they have at their disposal. A big summer awaits and they have to get it right.

This article was written by PremPlace. You can see their website by clicking here.