Man Utd ready to launch swoop to sign Serie A star, deal could be agreed at £53m

Managers are working hard trying to strengthen their squads during the summer transfer window so we’ll bring you all the latest news and gossip from around the globe. Today, Manchester United are linked with Gianluigi Donnarumma…. 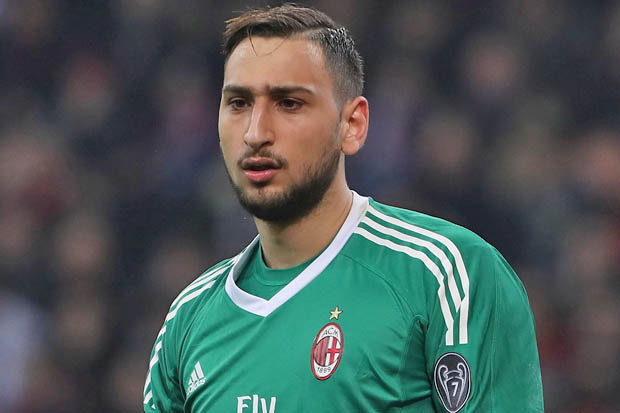 Manchester United are ready to open talks with AC Milan over the signing of Gianluigi Donnarumma as Ole Gunnar Solskjaer prepares for life without David De Gea, according to CalcioMercato.

De Gea has been one of United’s most important players over the past few years after developing into one of the best goalkeepers in the world since moving to Old Trafford from Atletico Madrid back in 2011.

However, the Spanish international is about to enter the final year of his deal and it’s been widely reported that De Gea has rejected United’s final contract extension offer amid speculation linking the 28-year-old with a move to Paris Saint-Germain.

The Manchester giants now have to start planning for the possibility that they’ll have to cash-in on De Gea this summer and it seems Solskjaer has identified Donnarumma as a potential replacement.

CalcioMercato claim the 20-year-old is expected to leave AC Milan if they fail to qualify for the Champions League this season. The battle for qualification is going to the last game of the campaign with just three points separating third-placed Atalanta from sixth-placed Roma and Milan are currently sitting fifth ahead of their trip to SPAL on Sunday.

If Milan miss out on the top four this weekend, CalcioMercato claims that Manchester United are poised to open negotiations over a deal for Donnarumma but could face competition from PSG depending on how their pursuit of De Gea goes.

Donnarumma is under contract at the San Siro until 2024 so Milan are under no pressure to sell but the Italian outlet suggests his agent, Mino Raiola, is ready to push for a move this summer with Old Trafford a possible destination.

However, a transfer won’t come cheap as CalcioMercato claims it will take an offer of at least £53m [€60m] to get a deal agreed – although United obviously have the financial firepower needed to meet that sort of asking price.

We’ll have to wait and see how things develop over the coming days but if De Gea does leave Old Trafford this summer then Donnarumma would be an exciting replacement for United as he’s one of the best young keepers’ around.

The Italian international emerged from the Milan youth set-up to become one of the hottest young talents in Europe and he’s gone on to make 141 appearances since making his first team debut in 2015 aged just 16.