Managers are working hard trying to strengthen their squads during the summer transfer window so we’ll bring you all the latest news and gossip from around the globe. Today, Arsenal are linked with Willian Saliba… 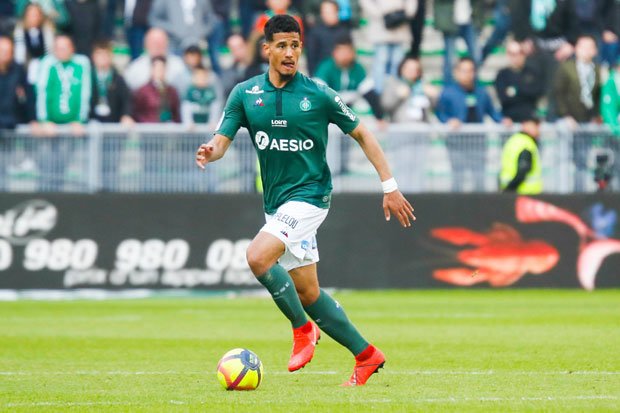 Arsenal are eyeing a swoop to sign £25m-rated Saint-Etienne star William Saliba as Unai Emery prepares to overhaul his squad this summer, according to reports via The Sun.

Emery is expected to be extremely busy over the coming weeks as he looks to strengthen throughout his side after we finished fifth in the Premier League and were thumped 4-1 by Chelsea in the final of the Europa League.

Fixing our defence is a priority as Arsenal conceded 70 goals across all competitions last season so we have to tighten things up at the back if we’re to become serious challengers for major trophies again.

With Shkodran Mustafi tipped to leave the Emirates and Laurent Koscielny – who turns 34 in September – also being linked with a move this summer Arsenal need to bring in at least one new central defender.

We’ve been linked with a number of names but The Sun are citing a report from Goal that claims Arsenal are eyeing a move to sign William Saliba after making the Saint-Etienne star a prime transfer target.

The report says Arsenal scouts have been keeping a close eye on Saliba over the past year and The Sun suggests we’ve now turned our attention to the £25m-rated teenager after identifying him as a cheaper alternative to Barcelona’s Samuel Umtiti.

Emery is going to be working on a tight budget after we failed to qualify for the Champions League so the Arsenal boss needs to be creative in the market as several new signings are needed this summer.

Saliba is seemingly on our radar after emerging as one of the hottest young defenders in French football with his impressive performances seeing him establish himself as a regular at Saint-Etienne last season having come through their youth system.

The 18-year-old only signed a new long-term contract in April but the report says Saint-Etienne are ready to cash-in and it appears Arsenal could be ready to try and lure the French youth international to England this summer.