Managers are working hard trying to strengthen their squads during the summer transfer window so we’ll bring you all the latest news and gossip from around the globe. Today, Man Utd are linked with Philippe Coutinho…

Manchester United are eyeing a sensational swoop for Philippe Coutinho after the £80m-rated attacker asked to leave Barcelona this summer, according to reports in Spain via The Sun.

Coutinho made a big-money move to Barcelona from Liverpool in January 2018 after enjoying an excellent five-year spell at Anfield but his time at the Nou Camp has been something of a nightmare so far.

The Brazilian international has struggled to live-up to his price-tag and was even been booed by sections of his own fanbase last season following a string of disappointing performances for the La Liga champions.

It’s led to speculation that Coutinho could be on the move this summer and The Sun are citing a report from Cadena SER that claims the attacker has now made it clear to Barca chiefs that he wants to leave in search of a new challenge.

The Sun says Barcelona are willing to cut their loses and cash-in if £80m is put on the table this summer – which is significantly less than the £118m they’ve paid Liverpool so far [£24m add ons still to be met] – but the Cadena SER report suggests the asking price could be over £90m. 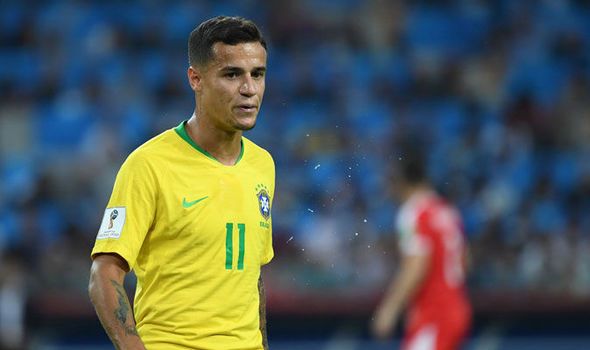 The Sun claims the situation has alerted Man Utd as they could now launch a stunning move to bring Coutinho back to the Premier League but they may face competition from the likes of PSG and Chelsea if they get their transfer ban overturned.

Ole Gunnar Solskjaer has already agreed a deal to sign winger Daniel James from Swansea City but the United boss is expected to bring in several further new recruits as he looks to overhaul his squad following a disappointing campaign.

Coutinho has lost his way in Spain but he was outstanding during his final years at Liverpool so he would be an excellent signing for United if they could restore his confidence and get him back playing to the best of his ability.

However, the report says Coutinho and Barcelona are in no rush to make a final decision over his future as the South American star is set to feature for Brazil at the upcoming Copa America and a good tournament would increase the 26-year-old’s value.