Managers are working hard trying to strengthen their squads during the summer transfer window so we’ll bring you all the latest news and gossip from around the globe. Today, Jan Oblak is linked with Man Utd…. 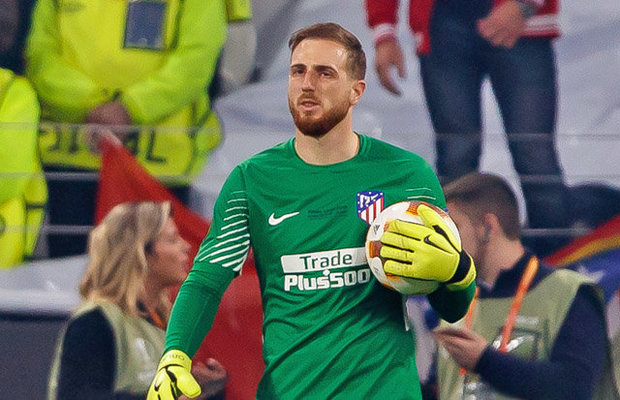 Jan Oblak wants to leave Atletico Madrid this summer and is keen on becoming David De Gea’s replacement at Manchester United if he leaves Old Trafford, according to ESPN via The Sun.

Oblak has become one of the best goalkeepers in world football since joining Atletico from Benfica in 2014 with his sensational performances between the sticks helping Diego Simeone’s side forge a reputation for having one of the meanest defences in Europe.

The Slovenian international kept an impressive 24 clean sheets in his 46 games last season taking his total to 117 shutouts in 208 appearances for the Spanish club over the past five years – which is quite frankly an outstanding record.

However, it seems Oblak could be on the move as ESPN claim he has decided to seek a fresh challenge this summer after becoming increasingly frustrated with life at the Wanda Metropolitano Stadium.

The report says the 26-year-old is concerned the likes of Antoine Griezmann, Lucas Hernandez, Diego Godin, Filipe Luis and Juanfran are all set to leave Atletico this summer and he’s disappointed with who Simeone has lined-up to replace their star players.

It appears Oblak is concerned Atletico won’t be as competitive over the coming years and he won’t be short of admirers if he does leave the Spaniards this summer with Paris Saint-Germain among the clubs linked.

However, ESPN claim Oblak is ready to snub a proposed move to Paris in favour of joining Man Utd – who he supported as a child – with the Slovenian putting himself in the frame to replace De Gea if he leaves Old Trafford.

De Gea has just one year left on his contract and has refused to sign an extension so United may be forced to cash-in this summer with the likes of PSG and Juventus being touted in the media as potential suitors.

Obviously Man Utd would be devastated to lose the Spaniard as he’s been their best player over the past five years but it would certainly soften the blow if the Manchester giants were able to sign Oblak as a replacement.

The player is seemingly keen on the move, however, it still won’t be a straightforward deal as The Sun claims Man Utd would have to meet Oblak’s £107m release clause in order to persuade Atletico Madrid to sell.

The La Liga giants are under no pressure to cash-in as the goalkeeper still has four years left to run on his contract so Man Utd are going to have to be prepared to break the bank if they want to sign Oblak as De Gea’s replacement.