Brazilian attacker Gabriel Martinelli has started to follow Arsenal on Instagram as the Gunners prepare to announce his £6.5m arrival from Ituano

Managers are working hard trying to strengthen their squads during the summer transfer window so we’ll bring you all the latest news and gossip from around the globe. Today, Gabriel Martinelli has started to follow Arsenal on social media….

Brazilian attacker Gabriel Martinelli has started to follow Arsenal on Instagram as the Gunners prepare to announce his £6m arrival from Ituano FC this month.

Martinelli has become one of the hottest young talents in South American football since joining Ituano from Corinthians in 2015 and he made his debut for the Brazilian outfit in March 2018 aged just 16.

The pacey forward went on to score 10 goals in 31 games and his potential alerted Arsenal with Football London reporting earlier their this month that we have agreed a £6m deal to sign Martinelli this summer.

The report says the transfer will be officially announced once the youngster turns 18 on the 18th June and it appears Martinelli has now started to prepare for his new life in north London.

The teenager dropped a huge hint that his move to Arsenal is on the verge of completion after eagle-eyed fans noticed he started to follow the official Arsenal account on Instagram late on Monday night. 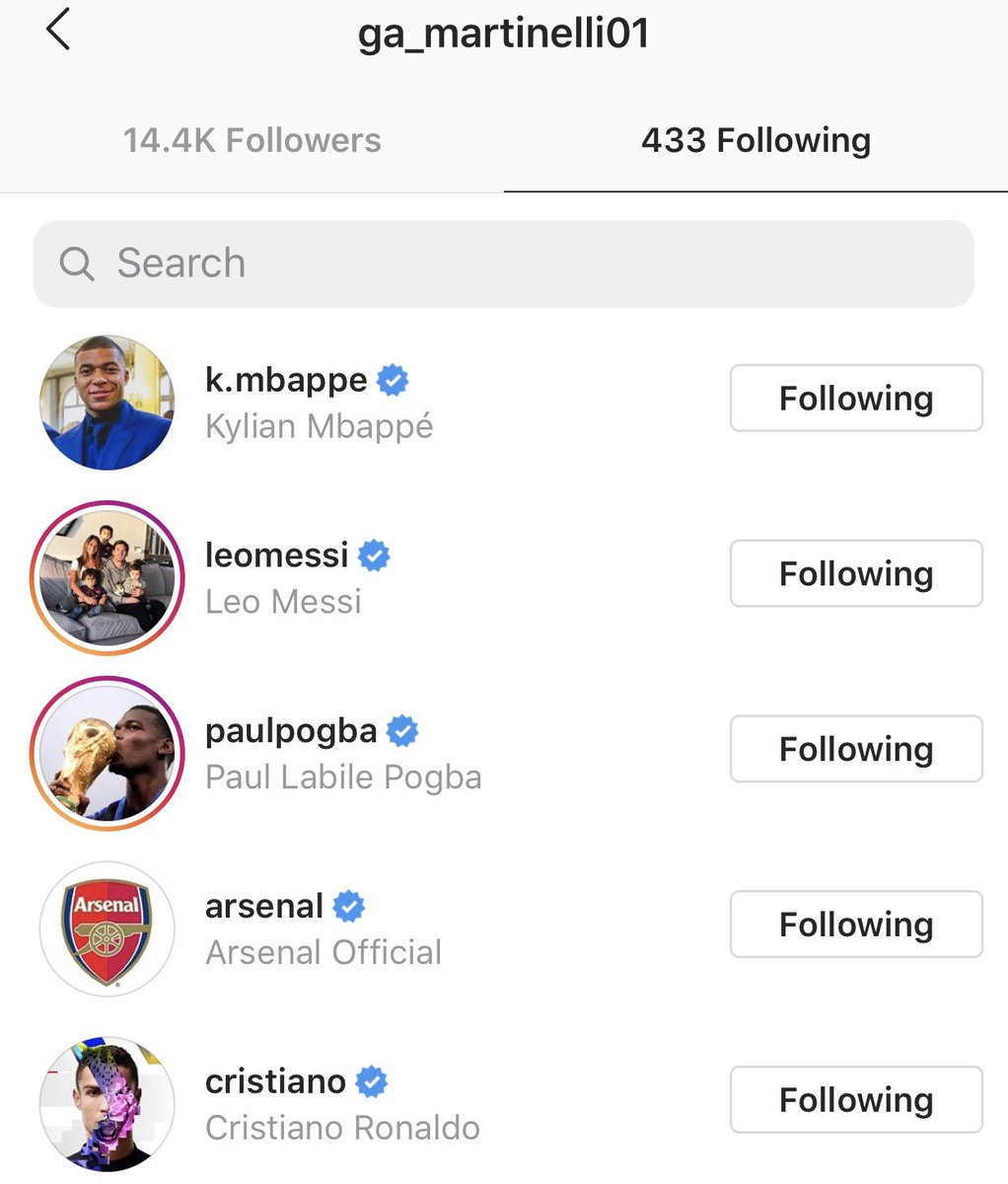 Martinelli won’t require a work permit here in England as he has an Italian passport through his father so the transfer has been a lot more straightforward than some signings from South America.

The youngster isn’t expected to feature heavily in Unai Emery’s first team next season as he’s going to need some time to adjust to life in England but Martinelli could make an appearance during our pre-season friendly at Boreham Wood in early July.

The Brazilian starlet certainly looks to be an exciting prospect for the future and Arsenal have beaten off a number of top European clubs for his signature so I’ll be pleased to see him become our first major signing of the summer.

Martinelli is predominantly a winger but can play anywhere across the attacking positions so it will be interesting to see how he develops over the coming years at Arsenal once he completes his proposed move to the Emirates next week.