Arsenal and Tottenham eye swoop to sign 24y/o star, deal can be done at £22m

Managers are working hard trying to strengthen their squads during the summer transfer window so we’ll bring you all the latest news and gossip from around the globe. Today, Arsenal and Tottenham are linked with Thomas Strakosha… 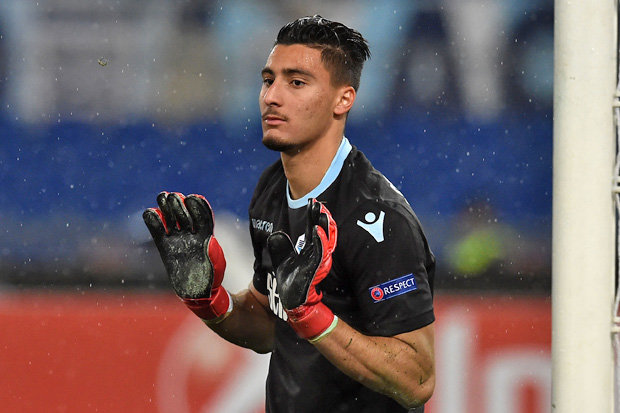 Arsenal and Tottenham have expressed an interest in signing goalkeeper Thomas Strakosha this summer with Lazio ready to cash-in if £22m is put on the table, according to Gazzetta dello Sport.

Strakosha came through the youth ranks at Lazio after joining the club as a youngster in 2012 and he’s established himself as a first team regular having made 122 appearances over the past three seasons.

The 24-year-old kept 13 clean sheets last campaign to help Lazio secure a ninth placed finish in Serie A while Strakosha has also been a regular in the Albanian national team set-up over the past couple of years.

His impressive form appears to have caught the eye of clubs here in the Premier League as Gazzetta dello Sport claim Arsenal and Tottenham are showing a keen interest in luring the goalkeeper to England.

The Italian publication says Strakosha is open to the idea of playing in the Premier League as he’s ‘fascinated’ by the atmosphere of English football but Lazio want to keep hold of their No.1 and will demand £22m [€25m] to sell this summer.

Arsenal could be in the market for a new keeper as Petr Cech has retired and David Ospina is on the verge of completing a permanent move to Napoli following a successful loan spell last season.

Unai Emery has several positions that are considered more of a priority than between the sticks but the Gunners boss could be eyeing Strakosha as the man to push Bernd Leno for the first team gloves next year.

Tottenham’s reported interest is intriguing as they already have Hugo Lloris as their established No.1 while Pablo Gazzaniga impressed whenever he was given the chance last season.

Michel Vorm has left the north London club after falling out of favour but unless Lloris or Gazzaniga is about to follow him, I don’t see the need for Mauricio Pochettino to spend £22m on another goalkeeper.

We’ll have to wait and see if anything comes of these reports but I’d personally be surprised to see Strakosha join Tottenham so if he was to move to north London this summer, I suspect he’ll be off to Arsenal rather than Spurs.