Managers are working hard trying to strengthen their squads during the summer transfer window so we’ll bring you all the latest news and gossip from around the globe. Today, Arsenal and Liverpool are linked with Matt Targett…. 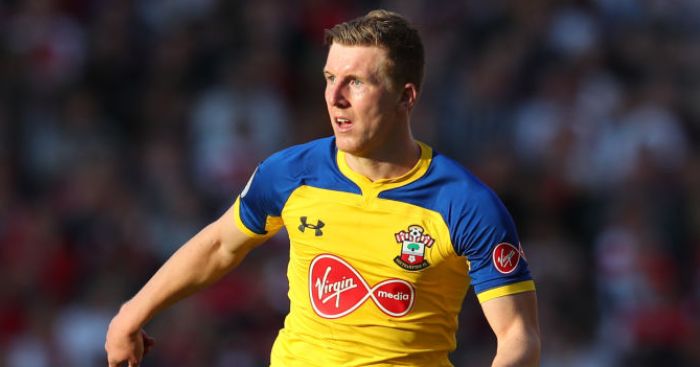 Arsenal and Liverpool could be set for a transfer battle after making contact with Southampton to discuss a possible deal to sign left-back Matt Targett this summer, according to TeamTalk.

Targett is a product of the Southampton youth system after joining the club as a child back in 2003 but he’s struggled to secure regular first team football and was sent out on loan to Fulham during the second half of the 2017/18 campaign.

The 23-year-old stayed to fight for his place last season and made 21 appearances in all competitions but the majority of those came while first choice left-back Ryan Bertrand was out injured during December and January.

Targett is now being linked with a move away from St Mary’s and TeamTalk claims Arsenal and Liverpool have joined the likes of Leicester, Newcastle, newly-promoted Aston Villa and Fulham in holding talks with Southampton about a deal.

The report says the Saints are ready to do business for the former England U21 international if a suitable offer arrives as they plan to keep hold of Bertrand so it looks like Targett could be on the move this summer.

Unai Emery is looking to revamp his squad following a frustrating debut campaign at the Emirates and it appears the Arsenal boss is eyeing a move for Targett as he looks to sign a long-term replacement for Nacho Monreal.

Jurgen Klopp is also in the market for a new left-back as he needs competition for Andrew Robertson after Albero Moreno left Anfield and it seems Liverpool are also eyeing a potential move to sign Targett this summer.

It will be interesting to see how things develop as it will be difficult for the player to turn down the likes of Arsenal and Liverpool if the Premier League giants formalise their interest with formal offers.

However, Targett is highly unlikely to get much first team football at either club so if he feels that he’s at a stage of his career where he needs to be playing regularly, he may be more tempted to join the likes of Newcastle or Aston Villa.