Managers are working hard trying to strengthen their squads during the summer transfer window so we’ll bring you all the latest news and gossip from around the globe. Today, Man Utd are linked with Max Aarons and David Brooks….

Ole Gunnar Solskjaer is looking to revamp his defence this summer after United conceded 54 Premier League goals last season – the most they’ve allowed in 40 years – and a new right-back is high on the priority list.

Antonio Valencia will leave when his contract expires this month, Matteo Darmian is expected to head back to Italy, Ashley Young turns 34 next month while youngster Diogo Dalot is still adjusting to life in England.

Man Utd have been strongly linked with Aaron Wan-Bissaka and the Daily Record reported on Wednesday that a £55m fee had been agreed with Crystal Palace after lengthy negotiations between the two clubs.

However, that report has been refuted by the Daily Mail today and Sky Sports claim United are now stepping-up their interest in Aarons after struggling to agree terms with Palace for Wan-Bissaka.

The 19-year-old was excellent for Norwich City last season as he won the EFL Young Player of the Season award after helping the Canaries win the Championship and seal promotion to the Premier League.

The England U19 international would cost around £15m, according to The Sun, so he would be significantly cheaper than Wan-Bissaka but no doubt Norwich will do all they can to hold on to him for at least another year. 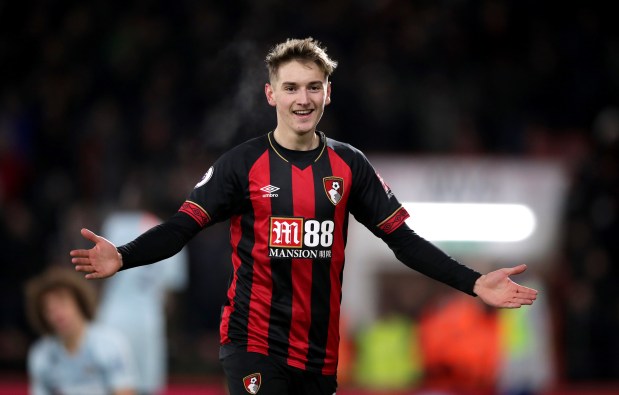 Solskjaer is also hoping to further strengthen his midfield options after losing Ander Herrera while Paul Pogba is also being linked with a move this summer after going public with his desire to seek a new challenge.

United are being linked with a number of players but The Sun claims the Red Devils have identified Bournemouth star David Brooks as a target and are now weighing-up a move for the former Man City trainee.

Brooks only joined the Cherries last summer in an £11.5m deal from Sheffield United but he settled well on the south coast and contributed seven goals and five assists in the Premier League last season.

The 21-year-old is predominantly a winger but he’s also comfortable playing in central midfield so his versatility will be seen as a very useful asset by Solskjaer – plus he’s a boyhood Man Utd fan, which always helps.

However, Bournemouth are desperate not to lose Brooks – especially with Ryan Fraser being linked with a move – and the newspaper says they’ll demand at least £50m to cash-in this summer.

We’ll have to wait and see how things develop over the coming weeks but it looks like Solskjaer is eyeing at least two further signings and Aarons and Brooks would set United back around £65m if they could land both players.