Arsenal set to open talks over deal to sign 6ft 4in star, club will sell for £30m

Managers are working hard trying to strengthen their squads during the summer transfer window so we’ll bring you all the latest news and gossip from around the globe. Today, Arsenal are linked with Lewis Dunk…. 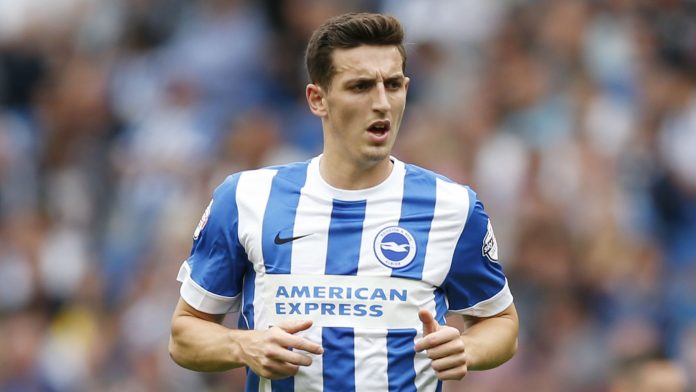 Arsenal are set to open talks over a deal to sign Lewis Dunk with Brighton & Hove Albion ready to cash-in if £30m is put on the table this summer, according to TeamTalk.

Unai Emery is expected to have a busy few weeks as he looks to overhaul his squad following a disappointing debut campaign in England that saw us finish fifth in the Premier League and thumped 4-1 by Chelsea in the Europa League final.

Defence is a particular area that Emery needs to strengthen as Arsenal conceded 70 goals in all competitions last season and we desperately need a commanding centre-back to replace the hapless Shkodran Mustafi while Laurent Koscielny’s future at the club is also in doubt as he approaches the final 12 months of his contract.

We’ve been linked with the likes of William Saliba and Joachim Andersen in recent weeks but TeamTalk claims Arsenal have now identified Dunk as a potential target and are ready to rival Leicester City to the 27-year-old’s signature.

The report says the Foxes have lined Dunk up as a replacement for Harry Maguire – who’s being linked with both Manchester clubs – but suggest Arsenal have now joined the race and are ready to open talks over a deal to sign the 6ft 4in centre-back.

Dunk is a product of the Brighton youth system and has been a key player for them in recent years – racking up over 270 first team appearances – while he also earned his first cap for England last year.

However, it looks like he could be set for a big money move as TeamTalk say Brighton are ready to cash in if £30m is put on the table and they’ve already signed Dunk’s replacement after snapping-up Matt Clarke from Portsmouth.

Emery is working on a tight budget after failing to qualify for the Champions League so £30m would be a big investment from Arsenal but we need to strengthen our defence and I think Dunk would be a solid addition to the squad if we could get a deal agreed.