Arsenal could snap-up a French international for just £30m this summer while Unai Emery is plotting a £12m swoop for a 22-goal striker.

Managers are working hard trying to strengthen their squads during the summer transfer window so we’ll bring you all the latest news and gossip from around the globe. Here, Arsenal are linked with Nabil Fekir and Jarrod Bowen….

First up and according to the Mirror Arsenal have been told they can sign Nabil Fekir in a cut-price £30m deal this summer as Lyon look to cash-in on the attacker.

Unai Emery is looking to strengthen his attacking options this summer as we lacked creativity at times last season and the club are reportedly open to selling Mesut Ozil and Henrikh Mkhitaryan if suitable buyers can be found.

We’ve reportedly tabled an opening £40m bid for Wilfried Zaha but a deal is going to be extremely difficult to pull off as Crystal Palace are demanding up to £80m so it looks like we’ll be priced out of a move for the Ivorian.

Emery only has a tight budget to work from after failing to qualify for the Champions League so the boss could be tempted to switch his focus to Fekir as the Mirror claim Lyon have offered us the chance to sign the playmaker for just £30m.

Fekir was strongly linked to Arsenal in previous transfer windows and he saw a proposed £52m move to Liverpool collapse at the eleventh hour last summer due to concerns over an old knee injury.

The 25-year-old now has just one year left on his contract so Lyon are seemingly keen to cash-in before his value drops any further and the newspaper says Arsenal could snap up the French international in a cut price deal.

Fekir is predominantly a central attacking midfielder and I think he’d be a terrific replacement for Ozil or Mkhitaryan if we can offload either player before the start of the new season, but it remains to be seen whether Emery will make a formal move to sign the Lyon star. 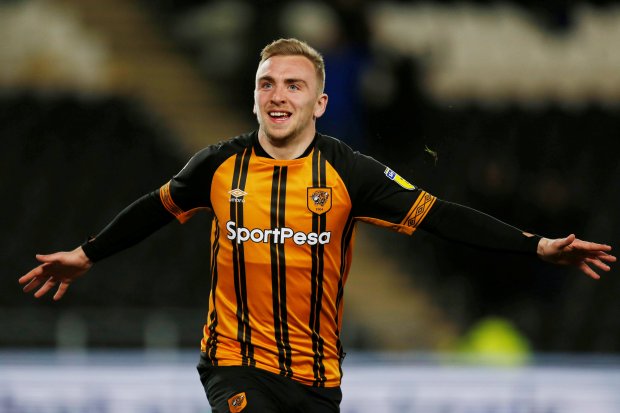 One player Emery is reportedly keen to sign is Jarrod Bowen as The Sun claims Arsenal are ready to test Hull City’s resolve with a firm £12m offer for the highly-rated attacker.

Bowen joined Hull from Hereford in 2014 and has forged a reputation as one of the hottest talents outside of the Premier League since breaking into the first team in 2017 following their demotion to the Championship.

The 22-year-old provided an impressive 22 goals and 4 assists in his 46 appearances last season and the newspaper says Arsenal scouts have been tracking the youngster since January.

Bowen was mainly played from the right wing last season but he’s comfortable playing anywhere across the attacking positions so his versatility would be a useful asset for Emery if Arsenal could get a deal agreed.

The Sun says Tottenham are also in the race to sign Bowen but Arsenal are ready to test Hull’s resolve with a £12m bid – although it will fall short of their £15m valuation so we may have more negotiating to do before a deal is done.

Obviously Bowen wouldn’t be the most glamorous signing but Arsenal are strapped for cash so this is the type of calculated risk that could prove to be a shrewd piece of business if things work out.