Managers are working hard trying to strengthen their squads during the summer transfer window so we’ll bring you all the latest news and gossip from around the globe. Here, Arsenal are ready to make a sensational player-plus-cash offer to sign Wilfried Zaha….

Arsenal are hoping to tempt Crystal Palace into selling Wilfried Zaha by offering them three players plus cash in a deal that would be worth £80m, according to The Sun.

Unai Emery is desperately trying to strengthen his squad this summer following a disappointing first season in charge at the Emirates and the Arsenal boss needs to bring in a wide forward as we have a distinct lack of width right now.

Zaha has been identified as Emery’s primary target but we’ve struggling to agree terms for the Ivory Coast international having seen our opening £40m bid rejected by Palace as it fell well short of their valuation.

Emery only has a tight budget to work from this summer after failing to qualify for the Champions League so we’re finding it difficult to come up with the funds needed to afford Zaha as well as bring in further reinforcements in other areas.

However, it looks like Arsenal have come up with a cunning plan to try and get a deal agreed within budget as The Sun claims we are offering Palace Calum Chambers, Mohamed Elneny and Carl Jenkinson as well as £40m in cash for Zaha’s signature. 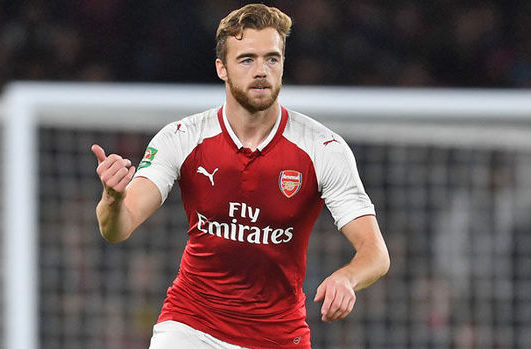 The newspaper says Arsenal value the unwanted trio at £40m so our new offer is worth £80m in total – which is much closer to their asking price – plus the deal would reduce the amount Palace would owe Manchester United due to their 25% sell-on clause.

That would save the Eagles millions so it’s certainly an interesting offer but it remains to be seen whether Palace are keen on taking any of Chambers, Elneny or Jenkinson as part of the deal.

Chambers and Elneny have been linked with Palace in the past while Jenkinson would offer them a replacement for Aaron Wan-Bissaka at right-back so fingers crossed they are open to this player plus cash deal as it would be an excellent piece of business if we could pull it off.

Zaha has made it clear he wants to leave this summer and has expressed a desire to join Arsenal as he supported the club as a child so Palace would be foolish to keep hold of an unhappy player.