Managers are working hard trying to strengthen their squads during the summer transfer window so we’ll bring you all the latest news and gossip from around the globe. Here, Man Utd have stepped-up their interest in Nikola Milenkovic…. 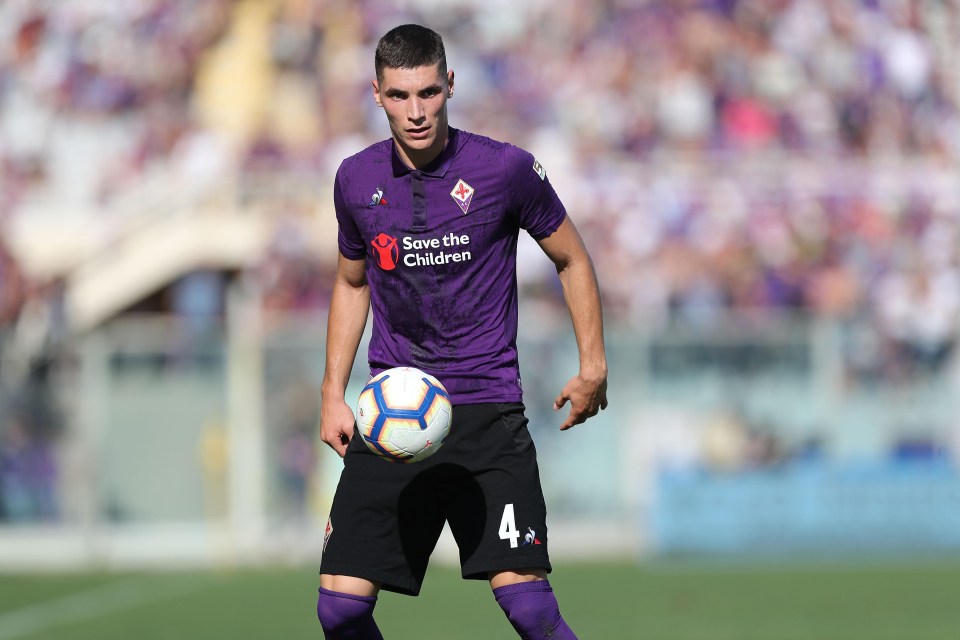 Manchester United have launched a £45m bid to sign Fiorentina centre-back Nikola Milenkovic as Ole Gunnar Solskjaer looks to find a cheaper alternative for Harry Maguire, according to reports via the Mirror.

Solskjaer has already signed winger Daniel James and right-back Aaron Wan-Bissaka this summer but the Man Utd boss is looking to further strengthen his defence with a commanding centre-back after they conceded 54 league goals last season.

Maguire has been touted as a prime target but United have so far refused to meet Leicester’s asking price with the Foxes reportedly demanding a world record fee for a defender worth over £75m in order to cash-in on the England international.

It’s left Man Utd looking for alternatives and it seems Milenkovic has emerged as a serious target as the Mirror claims a £45m offer has been put on the table for the Fiorentina centre-back.

The newspaper cites ‘Italian media reports’ as it’s source of the information but I can’t find anything to verify the Mirror’s story. Gianluca Di Marzio are reporting that Man Utd lodged an enquiry with Fiorentina two days ago and the Italian journalist says United have renewed their interest after seeing a £36m bid knocked back for Milenkovic in January.

Di Marzio stops short of saying United have made a bid for Milenkovic but he does say Fiorentina’s asking price is £45m so Man Utd should be confident of getting a deal agreed if they have in fact tabled a £45m bid.

It remains to be seen how much truth there is in these ‘reports’ of a fresh offer but it does look like Man Utd are keen on Milenkovic and the 21-year-old would be an exciting signing if they could pull it off.

The 6ft 5in star has developed into one of the best young defenders in Italian football since joining Fiorentina from Partizan Belgrade in 2017 and he’s already a regular member of the Serbian national team.

Maguire may be more established and the fact he has Premier League experience obviously goes in his favour but Leicester are demanding huge money for him so United may feel the younger Milenkovic represents better value for money.