Liverpool have announced the signing of Harvey Elliott from Fulham with the highly-rated winger becoming Jurgen Klopp’s second signing of the window.

We’re now at the business end of the summer transfer window and managers are working hard trying to strengthen their squads so we’ll bring you all the latest news and gossip from around the globe. Here, Liverpool have signed Harvey Elliott… 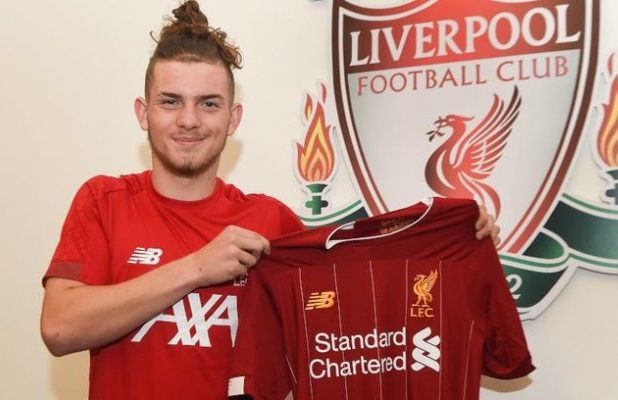 Liverpool have announced the signing of Harvey Elliott from Fulham with the highly-rated winger becoming Jurgen Klopp’s second signing of the summer window.

Klopp has been extremely quiet in the market so far this summer with the German coach insisting the club don’t need to spend extravagant fees to buy established players, despite being linked with a whole host of top names in recent weeks.

After winning the Champions League and finishing just one point behind Manchester City in the Premier League last season, Klopp clearly feels his team is capable of challenging for major honours again this coming campaign.

Therefore, the Reds boss has opted to focus on the future and after snapping up 17-year-old defender Sepp van den Berg in a £1.3m deal from PEC Zwolle last month, Liverpool have now added another talented youngster to their ranks.

The Merseysiders have been strongly linked with Elliott all summer and they’ve now announced on Liverpoolfc.com that the attacker has completed his move to Anfield from Fulham.

After finalising the move, Elliott took to Instagram to express his delight at joining his boyhood club and the winger feels Liverpool is the perfect place for him to develop as a player. 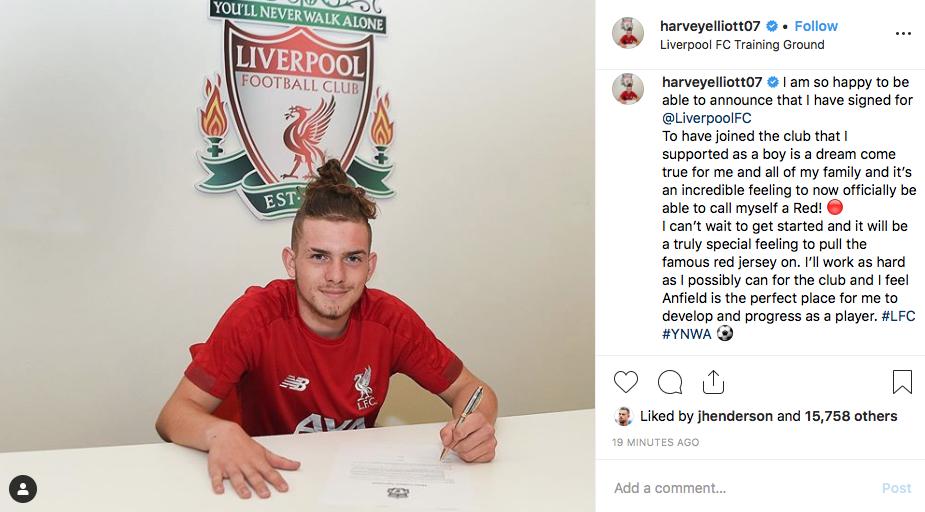 Elliott attracted interest from several top European clubs after becoming the youngest player to play in the Premier League when he made his debut for the Cottagers against Wolves last season aged just 16 years and 30 days.

The England youth international made three appearances for the Fulham first team during the back end of last season as the Londoners were relegated to the Championship following a poor campaign.

Elliott has now secured a dream move back to the top flight with Liverpool and he’ll be in their squad for Sunday’s friendly against Napoli before heading off with the first team for a training camp in Evian.

As he’s under 17, Elliott is unable to sign a professional contract yet so he’ll join Liverpool on scholarship terms for now while the Reds will have to agree a compensation package with Fulham.