We’re now at the business end of the summer transfer window and managers are working hard trying to strengthen their squads so we’ll bring you all the latest news and gossip from around the world. Here, David Luiz is linked with Arsenal… 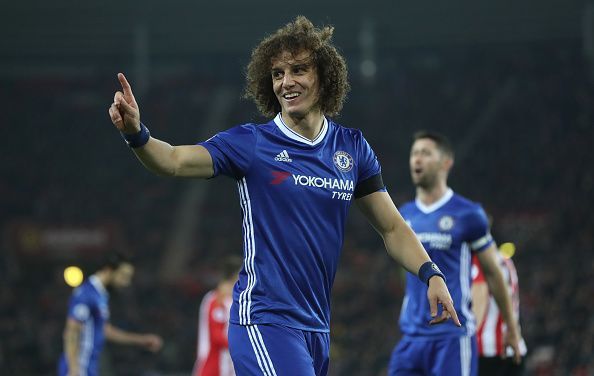 Arsenal are in advanced talks to sign David Luiz and the centre-back is trying to force a move away from Chelsea before the window closes, according to a sensational report by L’Equipe.

It’s no secret that Unai Emery is trying to sign a centre-back after Laurent Koscielny joined Bordeaux on Tuesday and Arsenal have been linked with Daniele Rugani and Dayot Upamecano in recent days.

However, according to respected French publication L’Equipe, Arsenal are now in advanced negotiations with David Luiz and the Brazilian international has made up his mind he wants to move to the Emirates.

The shock report claims Luiz has refused to train today and is determined to force Chelsea into agreeing a deal with Arsenal after the Gunners tabled an offer for his signature.

L’Equipe says Chelsea are reluctant to sell the 32-year-old and he still has two years left on his contract so the Blues are in a strong position to refuse the players demand to leave this summer.

It’s certainly a surprising story as Luiz appeared to be settled at Stamford Bridge having rejoined Chelsea from Paris Saint-Germain in 2016 and he was expected to be an important part of Frank Lampard’s plans this season.

We’ll have to wait and see how things develop over the coming hours but it would be a major shock if Chelsea agreed to do business with a direct rival like Arsenal this close to the transfer deadline.

Luiz would strengthen Arsenal in an area they desperately need reinforcements in while it would weaken Chelsea in a key department and they are unable to sign a replacement due to their FIFA imposed transfer ban.

Let’s keep an eye on it but I really don’t see anything coming of this rumour….