Arsenal have confirmed a major injury blow ahead of the new Premier League season with Kieran Tierney facing at least 4 weeks on the sidelines. 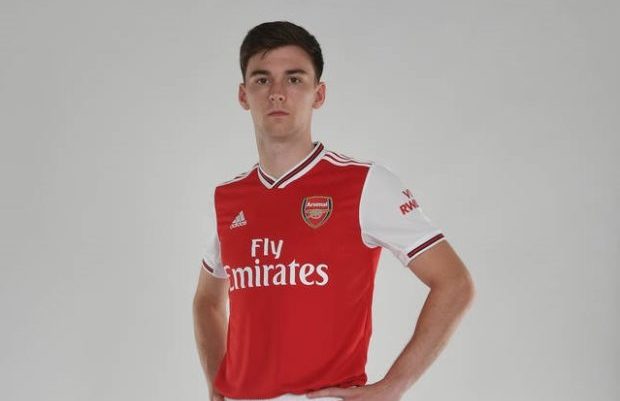 Arsenal have confirmed a major injury blow ahead of the new Premier League season with summer signing Kieran Tierney facing at least 4-6 weeks on the sidelines.

After lengthy negotiations between the two clubs, Tierney finally completed his £25m move to Arsenal from Celtic on transfer deadline day but it looks like he’s going to have to wait a while before making his debut.

Celtic boss Neil Lennon played down newspaper reports from earlier this week that suggested the 22-year-old was facing up to eight weeks on the treatment table due to an on-going groin issue that forced him to undergo surgery this summer.

However, Arsenal’s medical team have now confirmed that Tierney won’t be able to resume full training for 4-6 weeks as the left-back continues to recover from his niggling groin problem.

David Luiz also completed a move to Arsenal on Thursday after securing a shock £8m switch from Chelsea and thankfully the centre-back is expected to take part in full training ahead of the game and be available for the clash at Newcastle on Sunday.

A statement on Arsenal.com said:

David Luiz
Expected to participate in full training ahead of Sunday.

Kieran Tierney
Groin. Will continue to receive treatment and assessments. Hoping to integrate into full training in 4-6 weeks

The Tierney news comes as a big blow as it sounded like he’d be back in a couple of weeks before he completed his move but now suddenly he won’t be available for up to six weeks.

If you take into consideration he’s going to need a couple of weeks training to get back to full match fitness then we may not see the Scottish international making his debut until October, which is a real shame.

Until Tierney is fit, Nacho Monreal and Sead Kolasinac will continue to battle it out for the left-back shirt but we should hopefully see David Luiz, Dani Ceballos and Nicolas Pepe feature in the squad against Newcastle.

It remains to be seen if any of the trio will start but hopefully at least one or two will make their debuts at St James’ Park, even if it’s off the bench.