The biggest names in Women’s Football

Womens football has evolved massively in the past few years. Let’s celebrate the biggest names in Women’s Football: 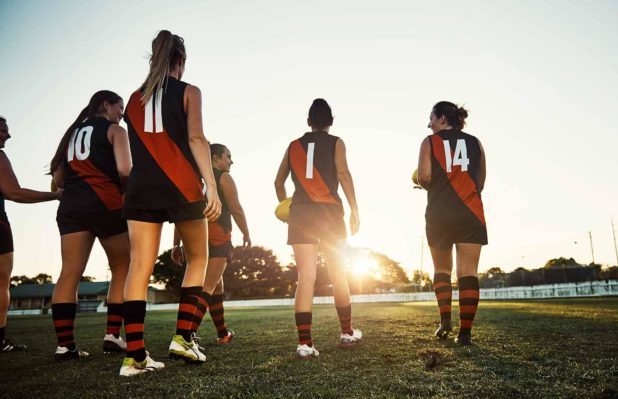 Europeans love sport, however, the type of sport played from country to country can vary a lot. As expected, football is the most popular sport. The game has evolved from the sport of kicking a rudimentary animal-hide ball around into the World Cup sport it is today. That is why Women’s football has evolved massively in the UK and around the world, especially over the last few years; and the figures back that up. People have fallen for women’s football.

The Premier League is the most-watched league in the world. With the recent success of the women’s team at an international level, the interest in football seems to be continuing to grow in the women’s game too. This is perhaps opening the game up to a new demographic as football has always been more popular with males than females. For too long, women’s football has been played in the shadows. Now, a new surge of footy fever has captivated women and girls all across the world  – and they’re fiery, swift and unstoppable on the field.

Nadine Angerer is undoubtedly an icon of women’s football. During her extensive international career, Angerer was recognized as one of the world’s best female goalkeepers. Since making her debut for the Germany women’s national football team in August 1996, Angerer won a total of 146 caps. On 13 January 2014, Angerer was named FIFA World Player of the Year, becoming the first goalkeeper – male or female – to win the award. She announced her retirement for the end of the 2014–15 season on 13 May 2015.

Kristine Lilly is one of the most legendary and accomplished athletes in women’s soccer history and is the only person to have played in five FIFA Women’s World Cups. Lilly is the world record holder for the most number of international appearances, with her 354 caps, earning her the nickname “Queen of Caps.” She was named U.S. Soccer Female Athlete of the Year three times during her career. Lilly also holds the U.S. record for most consecutive starts and became the first player to hit 300 caps, last playing professionally for the Boston Breakers. Her dazzling soccer career wound to a close years ago, but Kristine Lilly is still inspiring fans and pushing her limits.

It is common knowledge that Christine Sinclair is the greatest player in the history of Canadian soccer, women or men. She was 16 years old when the journey began and the numbers started to count. When Sinclair made the national squad, Canada wasn’t a top 10 team, had failed to qualify for two Olympic tournaments and hadn’t won a game in two Women’s World Cup appearances. Little did she know she was on her way to becoming the greatest goal scorer in international soccer history.

Sun Wen started playing football at age 8 with the encouragement of her father, a soccer fan. In 1985, she took an enrollment examination at a local sports school. She passed easily and started her career as a football player.

Only five years later, at 17, she was selected for the Chinese national team. Even as one of the youngest players on the team, her scoring ability and excellent ball skills made her a perennial starter for tough games. She took part in the first three FIFA Women World Cups and was awarded the Golden Ball and Golden Boot awards at the 1999 FIFA World Cup, where China placed second. She also led her team to second place at the 1996 Olympic Games. Sun Wen left for the U.S. in 2001 and joined the WUSA. There, she gained international recognition from world-class players. Being the former FIFA female player of the year Sun Wen has been elected a vice president of the Chinese Football Association as China seeks to revamp its lagging national program.

If there was a Mount Rushmore of the greatest U.S. women’s soccer players, Michelle Akers would be the George Washington. A powerhouse for U.S. soccer in the 1990s, Akers transitioned from a lethal goal scorer to a rock-solid defensive midfielder. Some of her numerous awards include the 1991 World Cup Golden Boot Winner, 1996 Olympic Gold Medalist, 1998 Goodwill Games Gold Medalist, 1999 FIFA Bronze Ball Award, and 1999 FIFA World Cup Champion. She is the all-time leading scorer in World Cup competitions and is one of only four players worldwide to score more than 100 career goals in international play.

The world football has exploded over the last decade, creating millions of winners, losers and a legal system left wondering where the lines of skills competition versus sports betting should be drawn in an online world. To find 100’s of games to play visit https://freespinsbonuses.co.uk/ and take them up on their bonuses today.

The Women’s World Cup has been a tournament we will look back on as the point when all of our longstanding expectations of what women’s football could be was realized. You just have to look at television viewing figures around the world, which have been better than anything the men’s game has managed this year with nearly 12 million people tuning in to watch England’s semi-final defeat by the USA and another 25 million in Brazil watching their last-16 game. That is immense.

“The future of women’s football is bright. It will continue to grow at all levels as girls receive greater coaching, improved female-friendly facilities and further opportunities in development and talent,” Will says. “One key area that will also grow is opportunities for women to gain employment in the industry off-field as well.”

It doesn’t seem to matter about which generation it is – there is something in the college system and through to the national team that makes these women absolute winners. There’s something in that mentality which I’m not sure you can coach. It’s just in their DNA.