England suffered a 2-1 shock defeat at the hands of their opponents Czech Republic, in Prague, to make it their first loss in qualifying for 10 years. 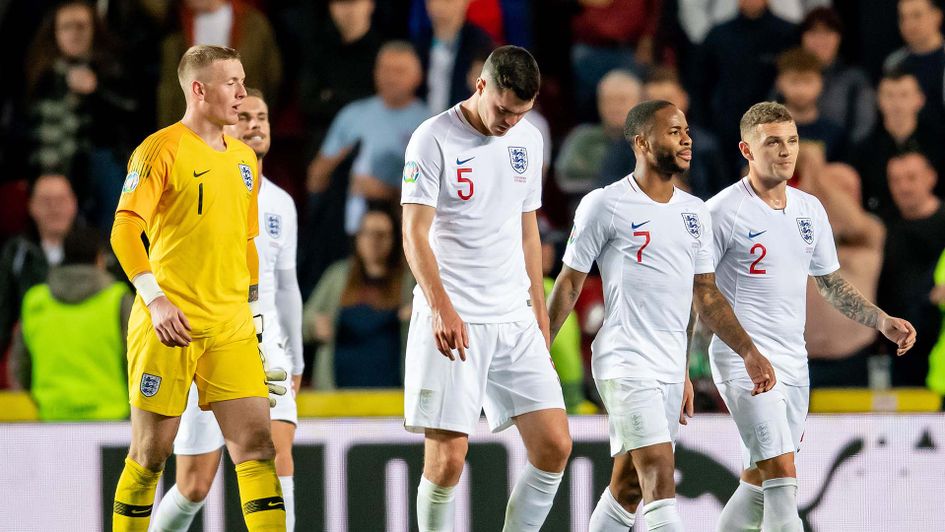 England suffered a 2-1 shock defeat at the hands of their opponents Czech Republic, in Prague, to make it their first loss in qualifying for 10 years.

There was a quick start at the Sinobo Stadium with England grabbing the first goal. Harry Kane put a sublime through ball to Raheem Sterling, for him to then be taken down and awarded a penalty. Tottenham’s and England’s number 9 stepped up, cool as you like, and fired it down the middle in the 5th minute.

The lead was cut short though thanks to some questionable England defending. From a 9th minute corner, the Czech’s were able to react quickly through Jakub Brabec. He turned up at the back stick to tap past Pickford for 1-1.

Throughout the first half both teams were level on par with each other, with no one able to trouble either goalkeeper. The best play came from Kieran Trippier when he picked up the ball from a Czech corner and played it down the wing to Jason Sancho. He was able to cut into the box but couldn’t quite get the shot away.

The second half started quietly with both teams having an equal amount of the ball. The best chance for both teams came 56 minutes in through Danny Rose and England. He collected the ball and played it on to Sterling. He was able to run through and play a lovely one two with Kane but couldn’t quite knock it past the Czech keeper.

With over an hour gone, England were looking lethargic. Harry Maguire was playing some decent chipped through balls over to Kane but he couldn’t make anything of it.

It took 85 minutes for either team to snatch the winner and it wasn’t the team who was looking to extend their 10 year unbeaten run. 30 year old Zdneck Ondrasek on his international debut came up with the goods. It was the result of some slick passing by the hosts, Darida and Kral played a sublime one two and the ball was cut back to Ondrasek who, from 10 yards out, slotted past Pickford. What a story for the 30 year old.

Southgate’s side were poor throughout with nobody threatening to take the game by the scruff of the neck and attempt to win it for England. Rice and Henderson struggled to build from midfield and feed the attackers. There was no one lifting when the team was down. A win would have taken the world cup semi finalists through to the 2020 European Championships. The team have to regroup and look forward to Bulgaria on Monday night.

Man Of The Match: Jordan Pickford, he made 3 fantastic saves to keep England in the game. He was at fault for giving the ball away for the winning goal but the defense crumbled so they may have been able to do better.