This is our match preview ahead of Chelsea’s Champions League clash with Ajax in Amsterdam including team news, line-ups and prediction

Chelsea will look to secure a positive result when they take on Ajax in the Champions League group stages in Amsterdam this evening.

The Blues warmed-up for the game with a hard fought 1-0 victory over Newcastle United at the weekend with Marcos Alonso’s second half strike enough to see them move into the top four of the Premier League table.

However, the focus must now turn to European matters as Chelsea desperately need to avoid defeat in Amsterdam tonight or they risk facing an uphill battle to qualify for the knockout stages of the Champions League.

Defeat at home to Valencia has left Chelsea sitting third in Group H on three points so defeat tonight would see leaders Ajax open-up a six point lead over the Londoners and maintain their perfect start to their Champions League campaign.

However, a win in Holland for Chelsea would see them move level on points with Ajax and blow the group wide open so Frank Lampard knows this is going to be a key game in the qualification quest.

Chelsea have been dealt a huge blow as they’ll be without N’Golo Kante as the Frenchman is still recovering from a groin injury that he picked up while away on international duty earlier this month.

Ross Barkley also hasn’t made the trip to Amsterdam after limping off with an ankle injury against Newcastle at the weekend but Mateo Kovavic is fit for a recall in midfield.

Antonio Rudiger is back in full training after recovering from a groin injury but the centre-back hasn’t travelled as he’s still lacking match fitness while Andreas Christensen is also still on the sidelines.

As for Ajax, they have no fresh injury concerns to worry about so boss Erik ten Hag has a fully-fit squad to choose from. 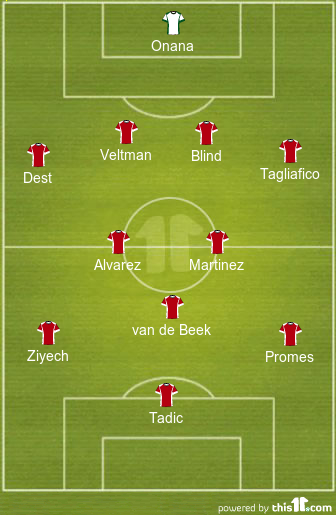 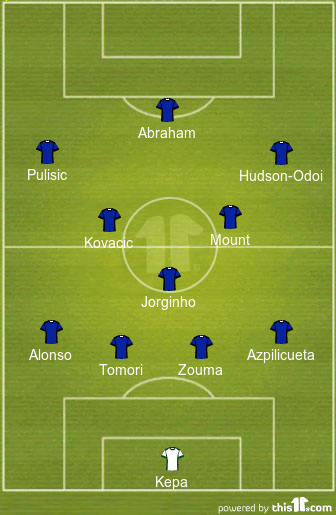 Ajax 2-2 Chelsea: Ajax have continued their fine form from last season and Chelsea shouldn’t underestimate the quality of last year’s semi-finalists. The hosts play some wonderful football and I think they’ll cause Chelsea plenty of problems going forward this evening. However, Lampard’s side will also be a handful with the likes of Tammy Abraham and Callum Hudson-Odoi so I think the Blues can bring home a useful point.