Arsenal fans were rightly left raging after seeing a late winner against Crystal Palace ruled out by a controversial decision by the VAR. 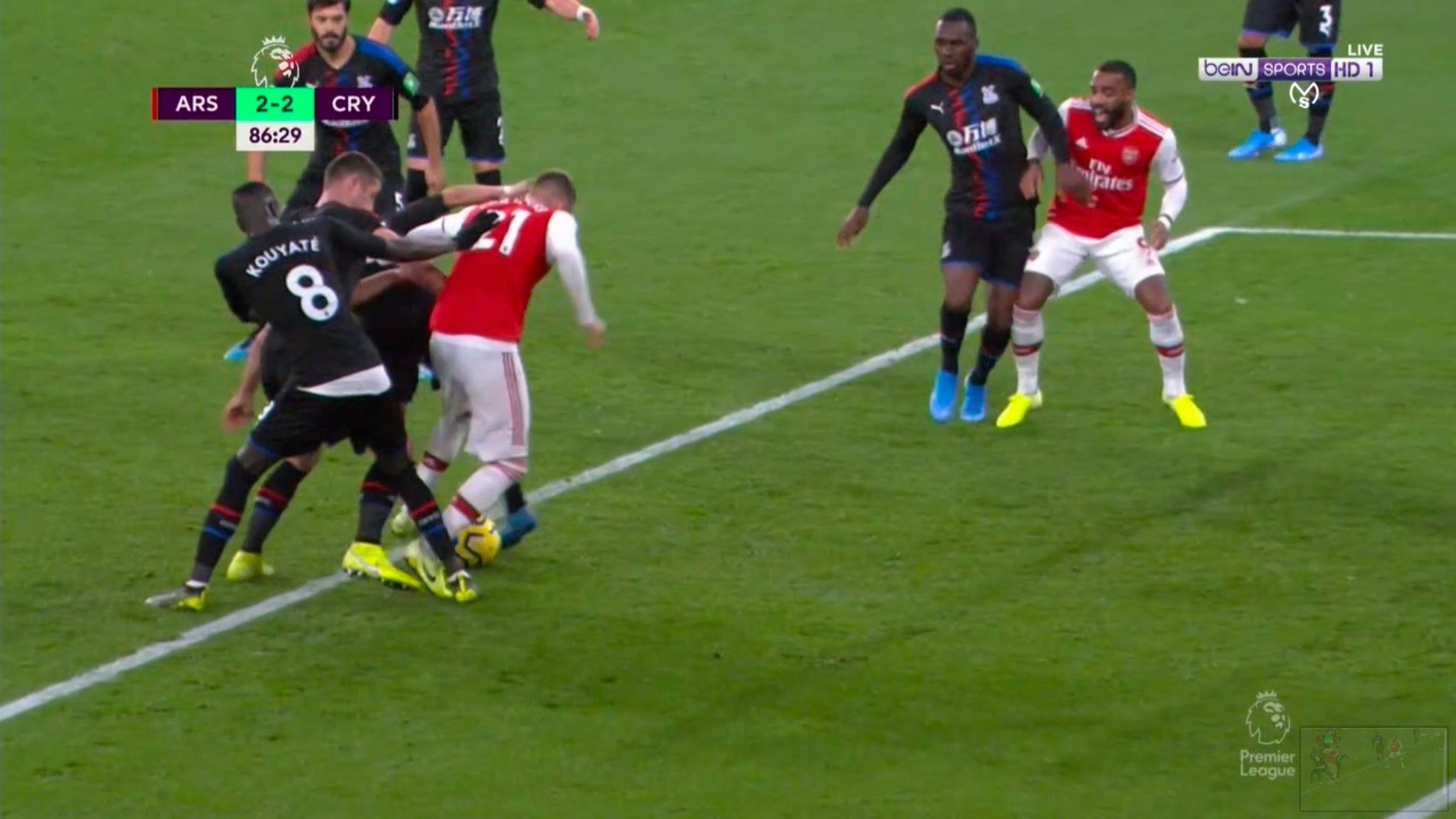 Arsenal fans were rightly left raging after seeing a late winner against Crystal Palace ruled out by a controversial decision by the Video Assistant Referee.

It looked as though Arsenal were heading towards a comfortable victory this afternoon when Sokratis opened the scoring in the 7th minute before David Luiz doubled the advantage with a far post tap in following a corner just one minute later.

However, the game turned when VAR awarded Crystal Palace a 32nd minute penalty. Referee Martin Atkinson initially booked Wilfried Zaha for diving when he went over under a challenge from Calum Chambers, but the VAR overruled and awarded the penalty. Luka Milivojevic made it 2-1 from the spot.

Crystal Palace then levelled things up early in the second half when Jordan Ayew headed home at the far post after being teed-up by a James McArthur cross in the 52nd minute.

Arsenal rallied and pushed to find a winner and it looked as though we had found one when Sokratis lashed home a loose ball in the 85th minute. However, after a long check, the VAR ruled it out for an apparent foul by Chambers.

Replays showed Chambers tangling three Palace players and he was shoved at least once in the back while another chipped away at his ankles, so if anything it should have been a foul on the Arsenal defender. However, VAR inexplicably went in Palace’s favour and called for an imaginary foul by Chambers and the goal was ruled out.

IN WHAT WORLD IS THE A FOUL ON CHAMBERS‽ IS THIS SOME SORT OF SICK JOKE‽‽?! pic.twitter.com/mIZt1QhU7M

There is certainly a coming together between the players but in no way is Chambers so-called foul ‘clear and obvious’ – as the rules state must be the case for the VAR to overrule the referee – so it was a shocking decision all-round.

Understandably, Arsenal fans have been left raging as we drew a game we should have won and we rightly feel let down this evening with many taking to Twitter to slam what was an ‘absolute joke’ of a decision.

VAR did nothing for the clear shirt pull on Sokratis against Sheffield United but gave two huge calls to Palace today. There is absolutely no consistency and Arsenal have certainly not had things go their way with VAR calls this season.

Check out what fans had to say on the matter here:

That VAR decision against us is an absolute joke

are u joking VAR

Oh my word, I have just seen the replay. That was a foul on Chambers if anything. Farcical decision to rule the goal out. Incredible.

Where's the foul absolute joke this var get rid of it

Who would believe VAR would fuxk Arsenal over and over

Wow. Wtf is going on

Feels like the sort of decision made by VAR after weeks of being told they aren't overturning enough decisions. If anything a foul on Chambers.

FUCK OFF VAR… SO WRONG

Arsenal's luck had to run out but that was absolutely ridiculous. Nobody in here – fans, media, players, staff – had a clue why that was ruled out until literally this second, when we've seen a replay in press box of Chambers maybe putting an arm into Milivojevic. Ludicrous.