Liverpool came from two-goals down twice to draw 5-5 with Arsenal before progressing to the quarter finals of the Carabao Cup 5-4 on penalties. 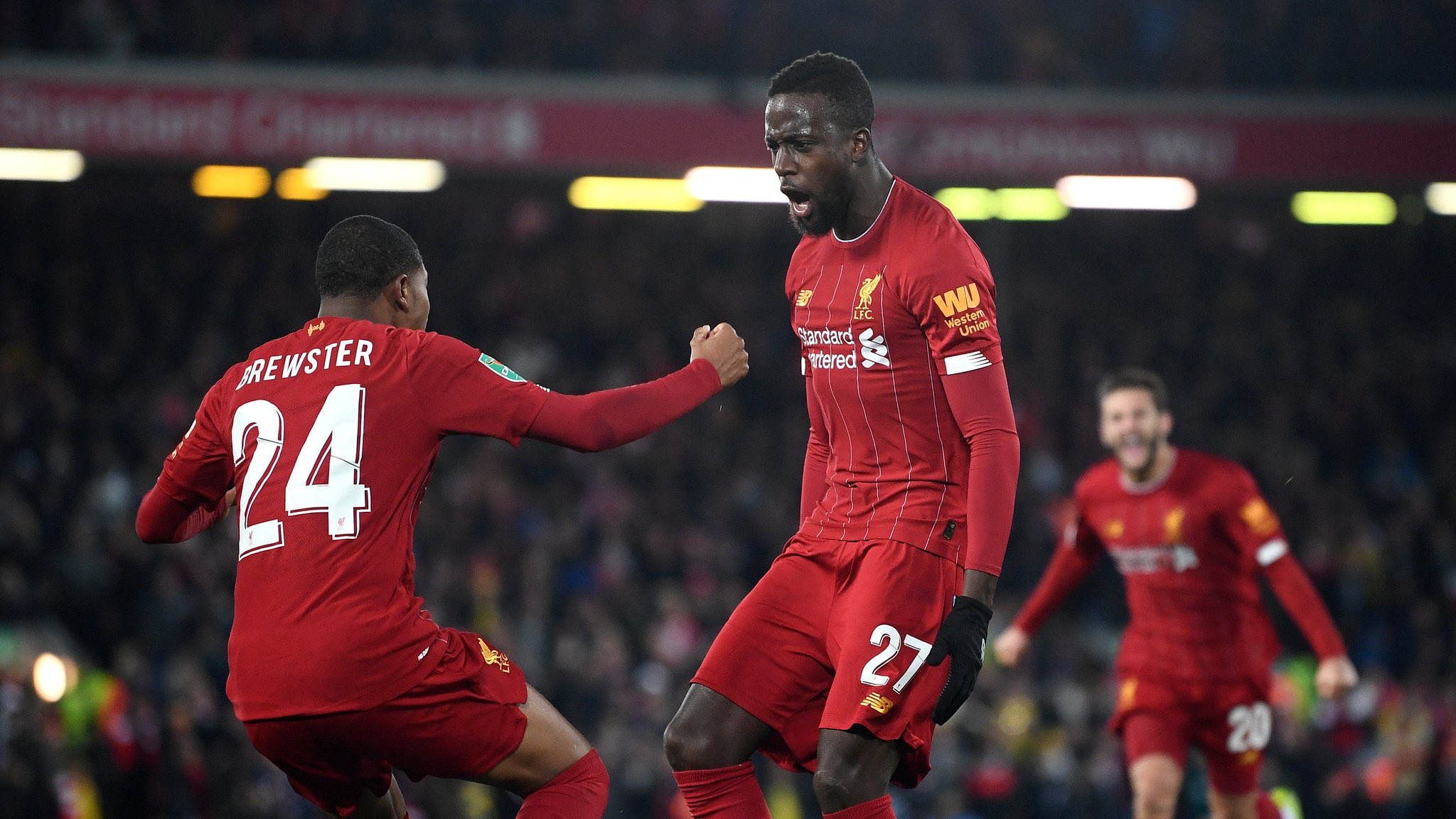 Liverpool came from two-goals down twice to draw 5-5 with Arsenal in a thriller at Anfield before eventually progressing to the quarter finals of the Carabao Cup 5-4 on penalties.

It was the worst possible start for Arsenal as Liverpool opened the scoring when Shkodran Mustafi made a mess of an attempt to block Alex Oxlade-Chamberlain’s cross as he put through his own net in the 6th minute.

The Gunners rallied and levelled things up in the 19th minute when Lucas Torreira prodded home from close range after Bukayo Saka’s shot was parried by the Liverpool goalkeeper. Replays showed Torreira was just offside but with no VAR in action, the goal was allowed to stand.

Arsenal were now on top and took the lead at Anfield when Gabriel Martinelli fired home at the near post after Kelleher had palmed the ball into his path following good work from Ainsley Maitland-Niles in the 26th minute.

The north Londoners then made it 3-1 when Mesut Ozil collected a loose ball before releasing Saka down the left and he crossed for Martinelli to score his second of the game.

Liverpool got themselves back in the match after being awarded a 43rd minute penalty when Martinelli was adjudged to have caught Harvey Elliott – although replays suggested there was very little contact. James Milner converted to make it 2-3.

Arsenal restored their two-goal lead when Maitland-Niles chased down a loose backpass from Milner. Ozil kept the ball alive with a sublime backheel to tee-up Maitland-Niles to poke home for 2-4.

Liverpool reduced the deficit in the 58th minute when Alex Oxlade-Chamberlain smashed home a stunning strike from the edge of the area before Divock Origi made it 4-4 minutes later.

Arsenal once again took the lead thanks to a stunning strike from Joe Willock as he found the top corner from distance to make it 4-5 with 20 minutes to play, however, Liverpool scored a dramatic stoppage time leveller as Origi made it 5-5 in the 54th minute to force penalties.

Dani Ceballos was the only player to miss as his effort was well saved with Curtis Jones scoring the decisive penalty to send Liverpool through to the quarter-finals thanks to a 5-4 shoot-out win over Arsenal.