This is our match preview ahead of Arsenal’s Premier League clash with Everton at Goodison Park including team news, line-ups and prediction

Arsenal will be desperate to get their campaign back on track when they take on Everton at Goodison Park on Saturday lunchtime.

The Gunners have endured a turbulent season with Unai Emery sacked three weeks ago following our worst start to a campaign in over 30 years and Freddie Ljungberg has failed to steady the ship since being installed as interim coach.

Last weekend’s 3-0 defeat to Manchester City made it just one win in Arsenal’s last 12 matches in all competitions and we sit 10th in the Premier League table – seven points off the top four – so we cannot afford to slip up tomorrow.

Mikel Arteta was unveiled as Emery permanent replacement today but he won’t start the role until Sunday so Ljungberg will continue in the dug out at Goodison Park on Saturday afternoon.

Everton are also on the look out for a new manager after dismissing Marco Silva earlier this month. Duncan Ferguson has done an excellent job to secure four points from their last two games against Chelsea and Man Utd and he’ll be hoping for another positive result tomorrow but Carlo Ancelotti is set t come-in as permanent manager after this weekend.

Arsenal have problems at left-back as Kieran Tierney has been ruled out for three months with a dislocated shoulder while the club confirmed on Arsenal.com today that Sead Kolasinac is out with an ankle ligament injury.

Mesut Ozil requires a late fitness test on a foot problem that he sustained against Man City while Hector Bellerin and Rob Holding remain doubts with hamstring and knee injuries respectively.

Dani Ceballos is still out with a hamstring issue and Sokratis will serve a one-match suspension but Granit Xhaka returns after missing the last two Arsenal matches with a concussion.

However, Jean-Philippe Gbamin and Andre Gomes are long-term absentees for the Toffees. 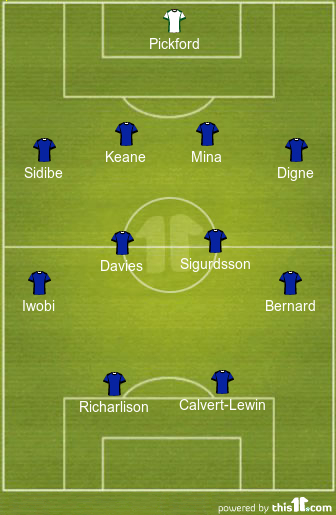 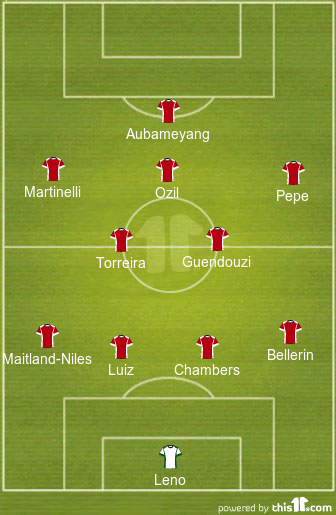 Everton 2-2 Arsenal: This will be an intriguing game as both caretaker managers are set to oversee their final games before permanent replacements arrive. Everton are certainly the more in-form team as they got a fine win over Chelsea before drawing at Man Utd last weekend. Arsenal on the other hand have won just one in their last 12 games and the squad looks short of confidence right now.

However, we have a good record against Everton so I fancy Arsenal to get something. Neither side have a good defensive record this season so there should be goals. I’m going for an entertaining 2-2 draw.