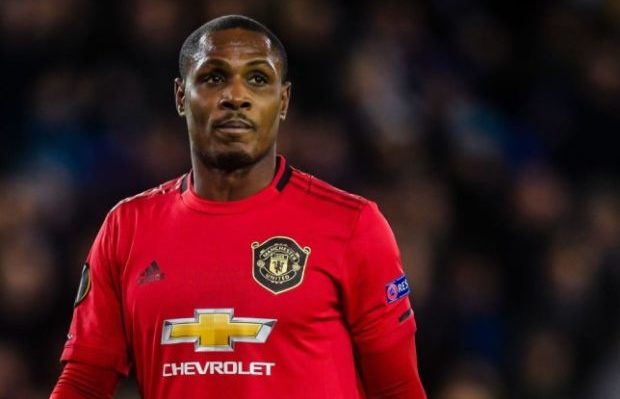 Manchester United will sign Odion Ighola in a deal worth up to £15m this summer after the striker enjoyed an excellent short-term loan spell at Old Trafford, according to the Daily Mail.

United boss Ole Gunnar Solskjaer was in desperate need of a new forward in January after seeing Marcus Rashford ruled out for several months with a back injury and Ighalo emerged as a shock target during the latter stages of the window.

The Nigerian international was initially regarded as a stop-gap signing after completing a loan deal from Shanghai Shenhua on deadline day with the Daily Mail claiming Man Utd didn’t have to pay a fee after agreeing to cover £130,000 of Ighalo’s £300,000-a-week wages.

The striker – who turns 31 in June – made some impressive appearances off the bench before scoring his first goal on his full debut during United’s 5-0 victory over Club Brugge in the Europa League.

Ighalo went on to score a brace against Derby County in the FA Cup the following week before netting during the thrashing of LASK in the first leg of Man Utd’s Europa League last-16 tie making it four goals in just 318 minutes of first team football.

Following the win in over LASK in Austria earlier this month, Solskjaer hinted he was keen to make Ighalo’s move to Old Trafford permanent after telling reporters:

‘He will improve and get better. He has qualities we saw in him that we needed. And we will still need those qualities next season — so let’s see what we will do.’ Solskjaer is quoted as saying by the Daily Mail

The Daily Mail says Ighalo’s loan spell is due to end on May 31st so United would need to apply for an extension if they want the striker to be available when football eventually returns following the disruption caused by the Coronavirus pandemic.

However, the newspaper says Manchester United are set to strike a deal to sign Ighalo on a permanent basis this summer with Shanghai Shenhua prepared to do business for a fee worth in the region of £15m.

We’ll have to wait and see how things develop over the coming weeks but with football on hold until at least the start of May, United have some time to thrash out terms with Shanghai Shenhua to secure a permanent deal for Ighalo.

No doubt he made a positive impact during his short stint at United as Ighalo has became a cult figure at Old Trafford, however, some fans may feel he’s not the world class striker the clubs needs if they’re to become title challengers again.