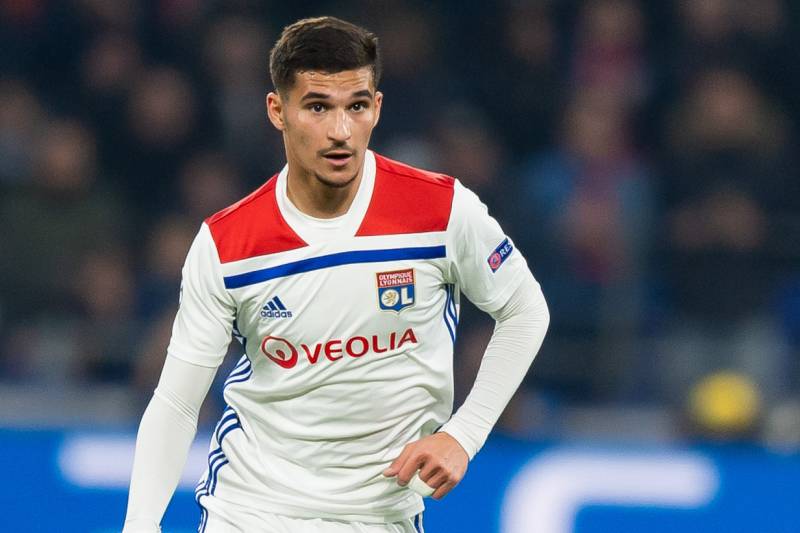 Arsenal have joined Liverpool in the race to sign Lyon wonderkid Houssem Aouar this summer with the young midfielder valued at around £65m, according to The Sun.

Aouar came through the youth ranks at Lyon and has developed into one of the most exciting young talents in European football since breaking into the first team setup in 2017 while he’s also tipped for a bright future on the international stage having represented France at U21 level.

The 21-year-old midfielder has already provided 24 goals and 24 assists in his 133 appearances in all competitions for Lyon and his potential has caught the attention of several top clubs throughout Europe.

The Sun claims Arsenal have now joined Liverpool in the race to sign Aouar this summer while the likes of Real Madrid, Juventus and Manchester City are also believed to be tracking the talented midfielder.

Liverpool have held a long-standing interest and the newspaper says the Reds have already held initial talks over a potential £65m deal as Jurgen Klopp looks to bring in another midfielder with James Milner and Adam Lallana coming towards the end of their Anfield careers.

However, it looks like Liverpool will face competition from Arsenal as The Sun says the Gunners have also stepped-up their pursuit of Aouar after Mikel Arteta identified the French youngster as a possible summer target.

The Spanish coach is expected to be busy in the market over the coming months as he looks to rebuild the squad he inherited from Unai Emery and Aouar would add some much-needed creativity to the Arsenal midfield if they were able to lure him to the Emirates.

However, the north Londoners may struggle to compete financially with the likes of Liverpool if they miss out on Champions League football once again this season as it would severely impact Arteta’s transfer kitty.

We’ll have to wait and see how things develop once football eventually returns but Lyon have already admitted they will struggle to keep hold of Aouar this summer and it looks like the midfielder could be heading to the Premier League.

The youngster is predominantly a central midfielder but he’s comfortable playing in a more attacking role or on the left wing so he’d be a useful addition for Liverpool or Arsenal if either club was able to win the race for his signature.