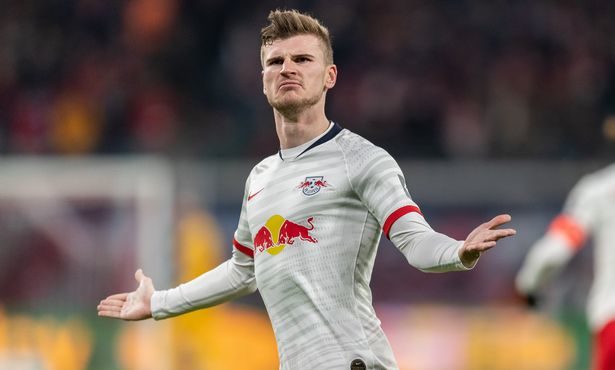 Chelsea have announced the signing of long-time Liverpool target Timo Werner from RB Leipzig in £50m deal after the striker signed a five-year contract worth £200k-a-week.

Werner joined Leipzig from Stuttgart in 2016 and has developed into one of the most sought-after strikers in European football in recent years having provided 93 goals and 40 assists in 157 appearances.

The 24-year-old attracted strong interest from Liverpool with the Mirror claiming Jurgen Klopp’s side were initially expected to win the race for his signature as the Reds boss looked to bring in more competition for Roberto Firmino at Anfield.

However, with a financial crisis hitting football, Liverpool were reluctant to conclude the deal this summer which paved the way for Chelsea to swoop in and lure Werner to Stamford Bridge instead.

Widespread reports this month suggested that Chelsea were set to sign the German international and the Blues have now confirmed on their official website Chelseafc.com that a deal has been agreed with Leipzig.

Werner will remain in Germany until the end of the current Bundesliga season before linking up with his new Chelsea team mates next month after he completes his medical examinations.

After completing his move, Werner told Chelseafc.com that he is ‘delighted’ to have joined Chelsea and is already looking forward to next season in the Premier League:

‘I am delighted to be signing for Chelsea, it is a very proud moment for me to be joining this great club. I of course want to thank RB Leipzig, the club and the fans, for four fantastic years. You will forever be in my heart. I look forward to next season with my new team-mates, my new manager and of course the Chelsea fans. Together we have a very successful future ahead of us.’

There are many figures being thrown around in the media surrounding the deal. The Mirror claim Chelsea have paid £50m for Werner with the striker signing a five-year contract worth £200,000-a-week. Whereas the Telegraph report that the fee is closer to £47.5m and the contract is worth £170,000.

Either way, this is a excellent signing for Chelsea as Werner is one of the best young forwards around and will give Frank Lampard another top class option in the final third next season with Hakim Ziyech also set to arrive from Ajax.

Werner is predominantly a centre forward so he’ll compete with Tammy Abraham for a starting spot but he can also play out wide in a front three so his versatility will be a very useful asset for Lampard.

With Pedro and Willian set to leave Stamford Bridge when their contracts expire this summer, Chelsea have already replaced the duo with Werner and Ziyech so Lampard will be delighted with their business so far this year.