Leno suffered a serious knee injury just before half time 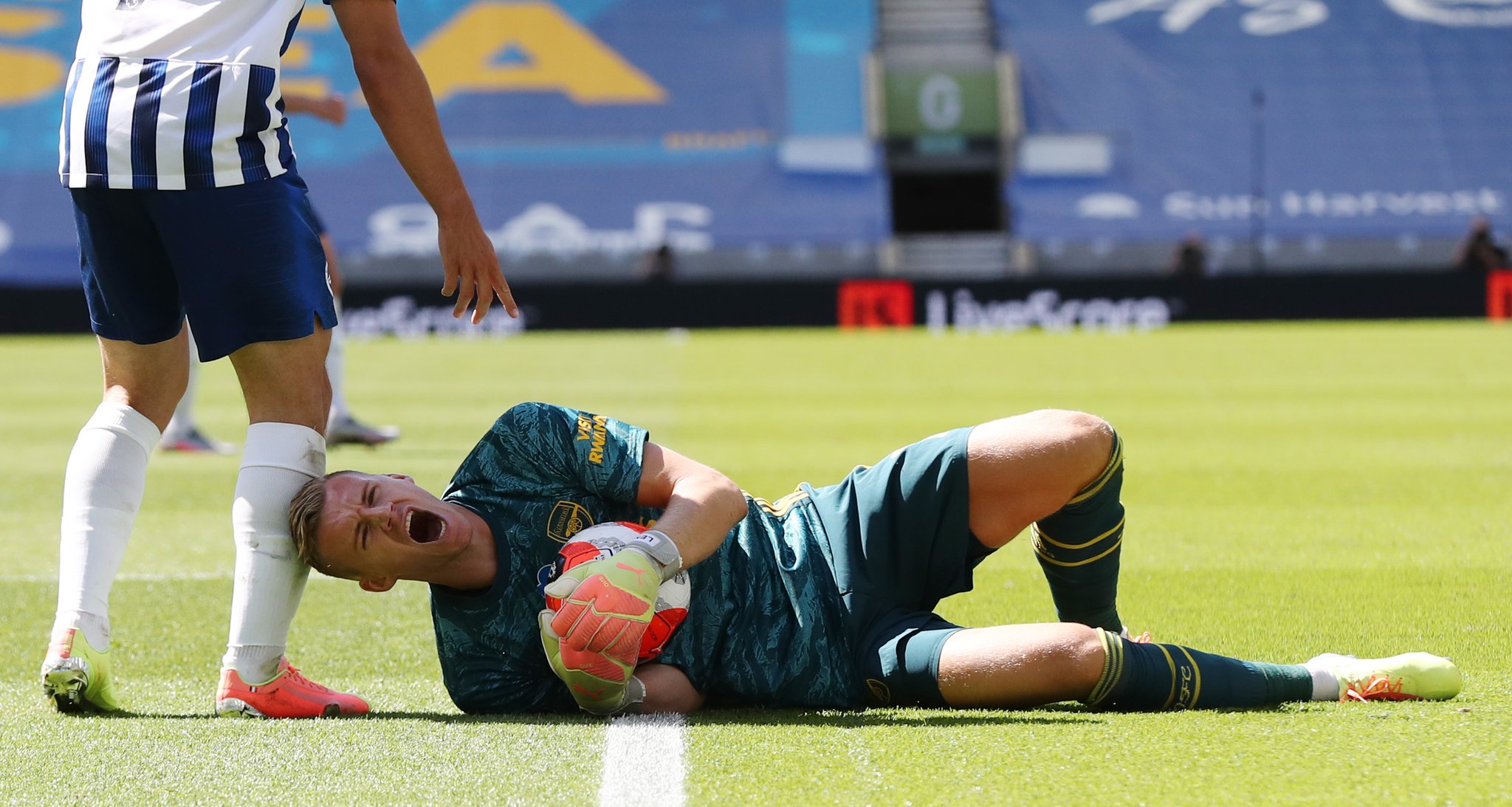 Arsenal have been dealt a fresh blow as Bernd Leno looks set for an extended spell on the sidelines after suffering a knee injury against Brighton this afternoon.

Leno came out to catch a routine ball just before half-time but was unbalanced by an unnecessary and dangerous shove from Brighton striker Neal Maupay which led to him landing awkwardly on his right leg.

The Arsenal star immediately screamed in agony and required lengthy treatment before being stretchered from the field. Replay’s showed the goalkeeper hyper-extended his knee while landing and it wouldn’t be a surprise if he’s damaged ligaments.

Such a serious injury would not only end his season but he’d also miss a large part of the 2020/21 campaign so let’s pray for positive news once the injury has been further assessed over the coming days.

Understandably, Leno was furious with Maupay for the needless challenge and let the Brighton striker know exactly how he felt as he was stretchered from the pitch to be replaced by Emi Martinez.

The injury will be a huge blow as Leno has been one of Arsenal’s best players this season and his absence will dent our hopes of making a late push for a European place and winning the FA Cup.

You can watch video footage of the incident and Leno’s reaction to Maupay below: 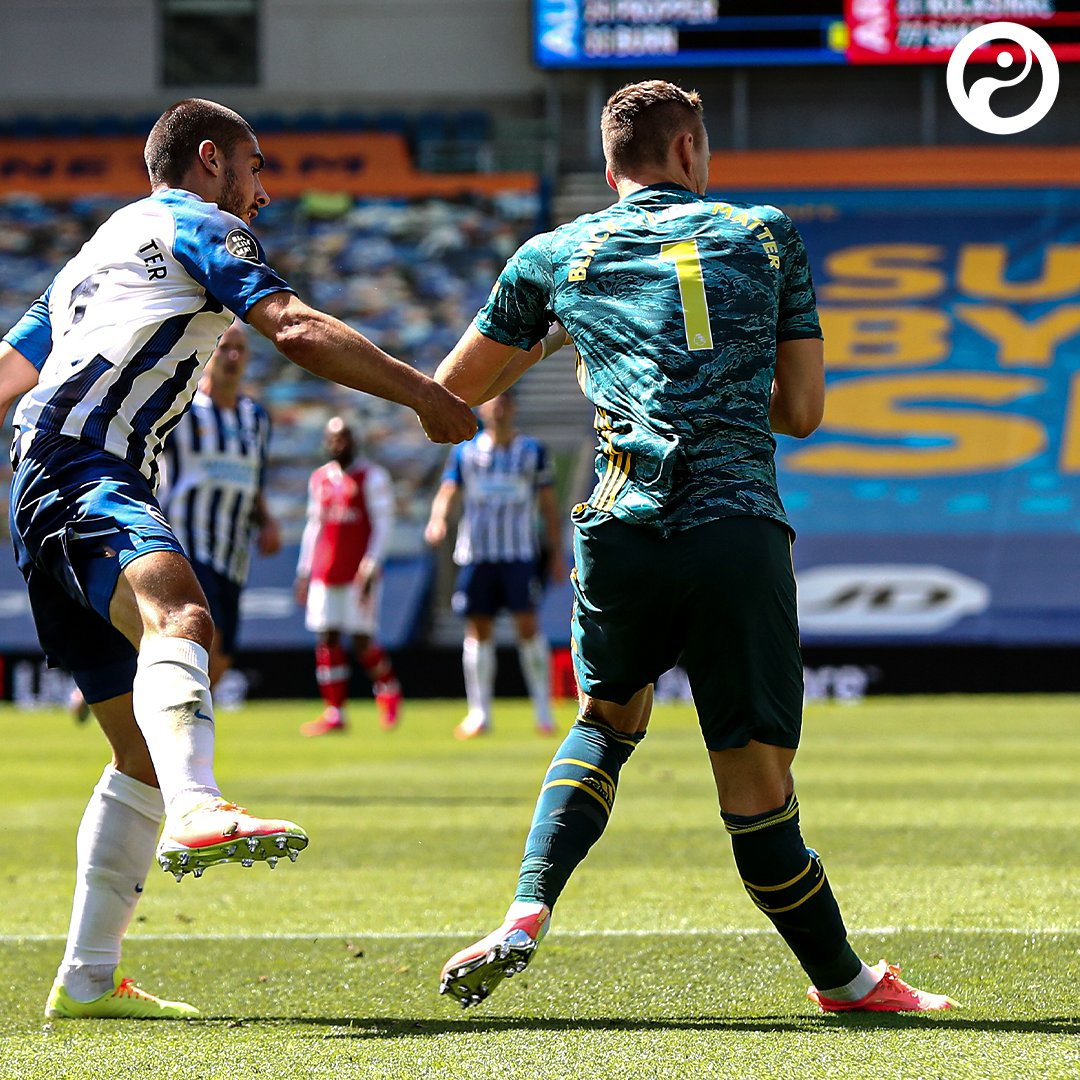 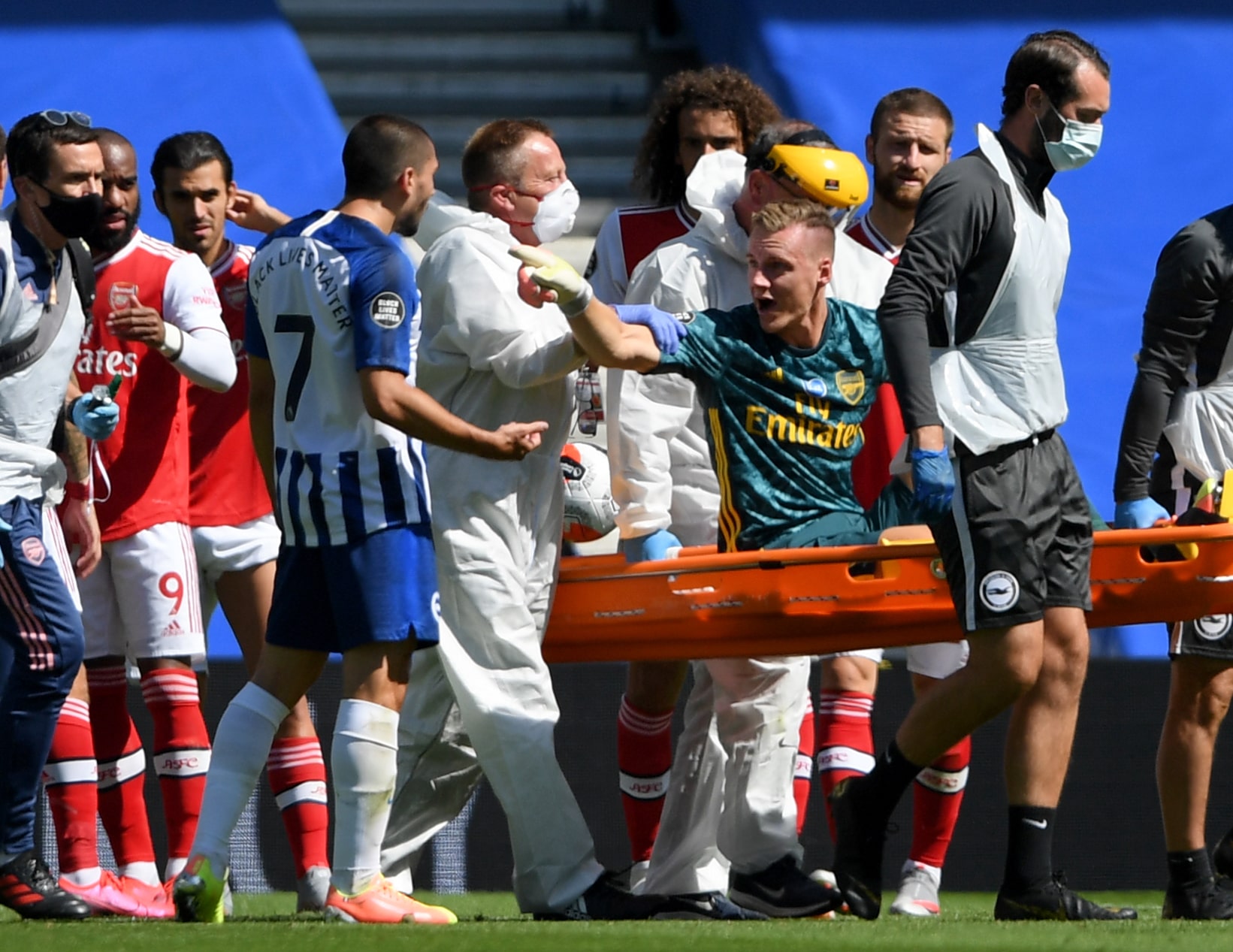 “He had the right to go for it” yeah mate why not just jump into the goalkeeper after seeing him catch the ball…#AFC #Leno pic.twitter.com/bMxvGNqckO

Is Maupay's challenge a yellow card? Rio thinks not.
Hope Leno isn't out for long. He was sitting up and didn't need oxygen, so praying its not as bad as we think.🙏🏿#afc pic.twitter.com/d01xfQWG32

Video: Bernd Leno looks furious with Brighton striker Neal Maupay, who’s challenge injured the goalkeeper which forced him to be stretchered off the pitch. You tell him, Bernd! #afc pic.twitter.com/YHOY7GDbuR