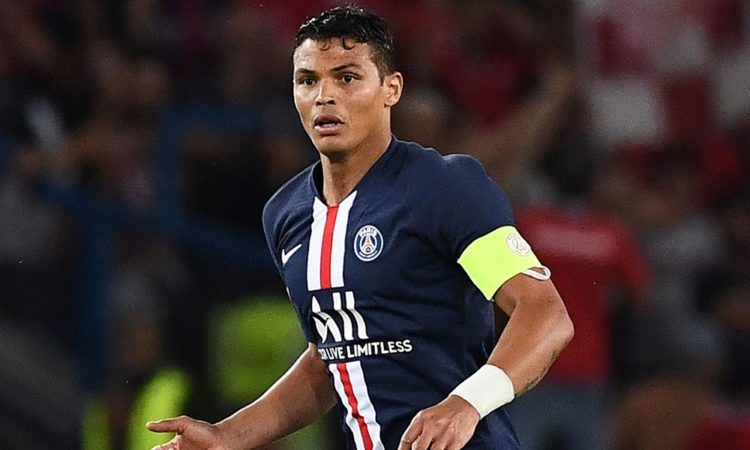 Thiago Silva has agreed personal terms with Chelsea and will join the club on a two-year contract after leaving Paris Saint-Germain on a free transfer, according to ESPN.

Silva has been one of the best centre-backs in world football over the past few years and made over 300 appearances for PSG to help them win a whole host of trophies including seven Ligue 1 titles.

However, the Brazilian international played his final game for the French giants during Sunday night’s 1-0 defeat to Bayern Munich in the Champions League final and he’s now a free agent after his contract at the Parc des Prines expired.

Despite turning 36 next month, Silva still feels he can play at the highest level and ESPN claims he’s set to join Chelsea this week after agreeing personal terms over a two-year contract at Stamford Bridge.

The report says just minor details are to be sorted out and Silva is expected to speak with Frank Lampard today before his move to Chelsea is officially announced later this week after he rejected a move to Fiorentina in favour of West London.

Silva is therefore set to become Chelsea’s third major signing of the summer following the arrivals of winger Hakim Ziyech and striker Timo Werner as Lampard continues to overhaul his squad.

The Blues boss wants to reshape his defence after Chelsea conceded 54 Premier League goals last season and while an experienced centre-back like Silva should help, Lampard is also in the market for a new left-back.

Doubts continue over Marcos Alonso’s ability to play in a back four while Emerson Palmeiri is set for a move back to Italy and according to ESPN, Chelsea are set to sign Ben Chilwell from Leicester City in a £50m deal.

Chilwell has long been touted as Lampard’s first choice target after developing into one of the best left-backs in the Premier League over the past two years and it looks like the Blues are set to finally get their man.

The 23-year-old will be an excellent signing for Chelsea if they can get this proposed deal over the line but the Londoners are expected to put him through a rigorous medical due to concerns over a niggling heel injury.

We’ll have to wait and see how things develop over the coming days but it looks as though Chelsea are closing-in on another two top class signings and Lampard’s squad will get even stronger if they manage to land Kai Havertz too.