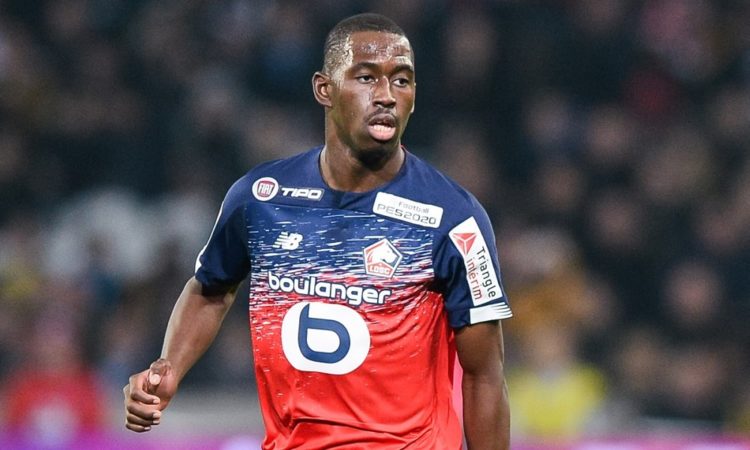 Arsenal are eyeing a move to sign Boubakary Soumare this summer but face competition from Manchester United for the £50m-rated Lille midfielder, according to reports via The Sun.

Soumare came through the youth ranks at Paris Saint-Germain before joining Lille three years ago and he’s developed into one of the best young midfield talents in French football since breaking into the first team set-up.

The 21-year-old made 30 appearances last season to help Lille qualify for the Europa League with a fourth placed finish in Ligue 1 and his impressive displays have caught the eye of top clubs here in the Premier League.

The Sun are citing a report that originates from Foot Mercato that claims Arsenal are in the running to sign Soumare this summer as Mikel Arteta looks to strengthen his midfield options ahead of the new season.

Matteo Guendouzi and Lucas Torreira are both tipped to leave the Gunners over the coming weeks and it appears Arteta has identified Soumare as the box-to-box midfielder he wants to add a new dimension in the middle of the park.

The Sun suggests that Soumare will cost around £50m so Arteta will need to raise funds from the sale of unwanted fringe players as the Arsenal boss is working from a tight transfer budget this summer.

However, the north Londoners may face stiff competition for Soumare’s signature as the report claims that Manchester United are also showing a keen interest in luring the French U21 international to England.

Ole Gunnar Solskjaer has been quiet in the market so far but he’s expected to be active over the coming weeks as he looks to build a squad capable of competing with the likes of Liverpool and Man City next season.

The Norwegian coach may be eyeing Soumare as a long-term replacement for Nemanja Matic but we’ll have to wait and see whether Man Utd make an official move for the talented young Frenchman.

Either way, Arsenal may be quietly confident of beating United to Soumare’s signature as they have a good relationship with Lille having signed Nicolas Pepe last summer while Gabriel Magalhaes is reportedly close to moving to the Emirates.