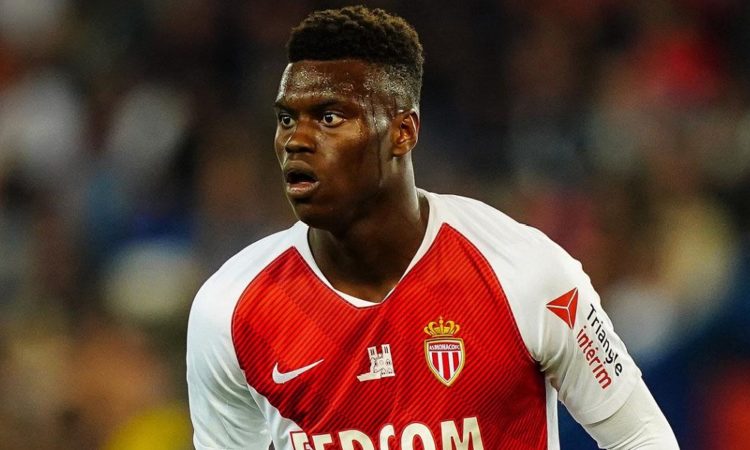 Manchester United have submitted an opening £22.4m [€25m] bid for Benoit Badiashile but will have to dig a little deeper if they want to sign the Monaco centre-back this summer, according to RMC Sport’s Mohamed Bouhafsi.

Ole Gunnar Solskjaer is yet to make any significant additions to his squad this summer as the club have focused much of their attention on pursuing a big-money deal for Borussia Dortmund attacker Jadon Sancho.

However, the United coach is expected to make several signings over the coming weeks as he looks to build a side capable of competing with the likes of Liverpool and Manchester City for the Premier League title next season.

Solskjaer has been tipped to sign a new centre-back to partner Harry Maguire next year as doubts continue over Victor Lindelof while Eric Bailly has been linked with a move away from Old Trafford in recent weeks.

A number of players have been touted as targets in the media and Badiashile is the latest name to emerge as RMC Sport journalist Bouhafsi claims Manchester United have joined Bayer Leverkusen in the race to sign the defender.

Bouhafsi says United have tabled an opening offer worth around £22.4m [€25m] but Monaco have already knocked it back as manager Niko Kovac is desperate to keep hold of the 6ft 4in centre-back.

The journalist says Monaco will demand big money to cash-in on Badiashile this summer but Man Utd may need to act fast if they want to submit an improved offer as Leverkusen are tipped to formalise their interest soon too.

A source close to Monaco now indicates that Badiashile will stay “unless Manchester make a Martial-like, unrefusable bid for him.” Bayer Leverkusen, who have been in talks to sign the player for weeks, intend to come back with a new offer regardless.

We’ll have to wait and see whether United return with an increased bid but Badiashile would be an exciting addition to Solskjaer’s squad if they were able to get a deal agreed to take him to Old Trafford this summer.

The 19-year-old has developed into one of the most highly-rated centre-backs in French football since emerging from the Monaco youth set-up and he’s already represented his country at every youth level from U16 to U19.