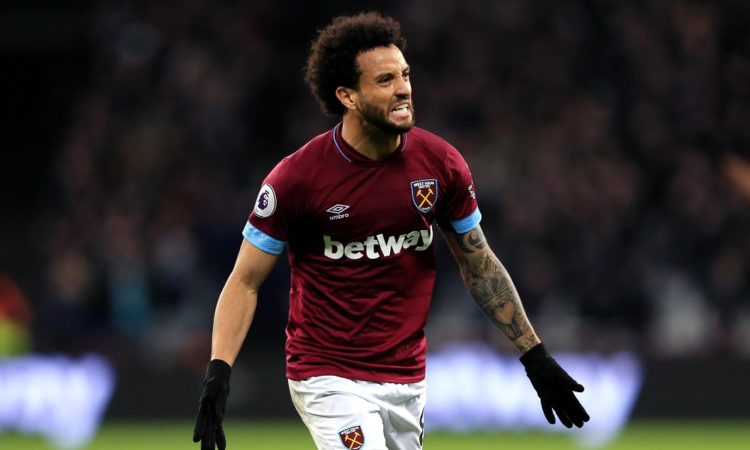 Arsenal could sign Felipe Anderson in a shock £5m loan deal as West Ham look to offload the attacker this summer, according to the Mirror.

Anderson made his name during an impressive five-year spell at Lazio before making a surprise £36m move to West Ham in 2018 and at the time it was regarded as something of a coup for the east Londoners.

The former Brazilian international enjoyed an excellent debut campaign in the Premier League as he provided 9 goals and 4 assists in his 36 appearances but he failed to replicate that kind of form last season.

Anderson eventually lost his first team place under David Moyes after struggling to make an impact at the London Stadium last campaign and it looks like West Ham are now ready to cash-in this summer as they look to raise funds for new signings.

The Mirror claims that Arsenal could now pull-off a shock move to sign Anderson after being offered the chance to sign the South American attacking midfielder in a £5m deal to take the player on a season-long loan.

The newspaper suggests that the 27-year-old attacker would relish the chance of a fresh start at the Emirates Stadium and Mikel Arteta is tempted to sign the player on a cut-price deal as he looks to improve his attacking options.

Arsenal have already signed Willian on a free transfer but it appears Arteta wants to further strengthen his options in attack and Anderson’s versatility would make him a useful asset as he’s comfortable playing anywhere across the attacking midfield positions.

Money is tight at the Emirates this summer and Arteta is still looking to sign a top class central midfielder so snapping-up Anderson on a cheap loan could prove to be a shrewd piece of business by the Gunners.

However, the Mirror says that Anderson is on around £140,000-a-week at West Ham and it’s not clear how much of his salary Arsenal would cover if they decide to push-ahead with a £5m loan deal.

We’ll have to wait and see how things develop but I think Arsenal will focus their attention on signing a midfielder like Thomas Partey or Houssem Aouar before pursuing any potential deal for Anderson.