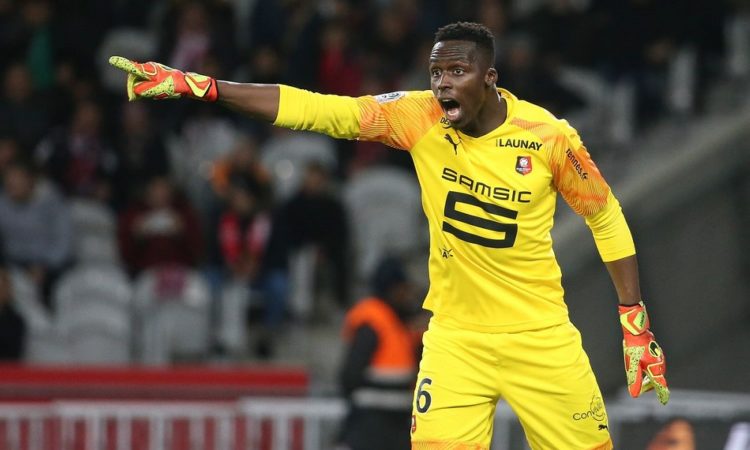 Chelsea are closing-in on an £18m deal to sign Edouard Mendy while Frank Lampard is also looking to bring-in a defensive midfielder this summer, according to reports today.

Highly-rated young defender Malang Sarr has also been snapped-up on a free transfer but Lampard is still hoping to sign another goalkeeper before the window shuts due to on-going concerns over Kepa Arrizabalaga.

Mendy emerged as a prime target last week and talkSPORT says Chelsea are now on the verge of agreeing an £18m deal with Rennes after seeing an opening £14m bid rejected by the Ligue 1 outfit.

The 28-year-old only joined Rennes from Stade Reims last summer but he impressed during his debut campaign for the club to help them finish third in Ligue 1 and secure European football this season.

Mendy’s impressive form has caught the eye of Chelsea and it looks as though the Senegal international is heading to Stamford Bridge as The Athletic‘s Simon Johnson says the Blues expect a deal to be wrapped-up ‘within days’.

Mendy is now set to become Chelsea’s seventh major signing of the summer and it doesn’t look like Lampard will stop there as The Athletic claims the Blues boss is also hoping to sign a defensive midfielder before the window closes.

Chelsea already have targets in their sights as the report says that Lille star Boubakary Soumare has been lined-up as a back-up option in-case a deal for number one target Declan Rice cannot be agreed with West Ham.

Rice is one of the most highly-rated youngsters in British football and Chelsea are reportedly keen to lure him back to west London where he began his career after losing him to the Hammers in 2015.

However, West Ham are desperate to keep hold of the 21-year-old and are demanding huge money for Rice’s signature so it seems Chelsea have identified Soumare as a fall-back plan. The French U21 star was outstanding for Lille last season and is highly regarded in France so he’d be an exciting signing if Chelsea could get a deal agreed.

We’ll have to wait and see how things develop over the coming days but it looks like Chelsea’s summer splurge is set to continue with Lampard hoping to bring-in two more signings before the window closes in a month’s time.