No fans, no football: Why all Premier League matches will eventually be free to watch on TV 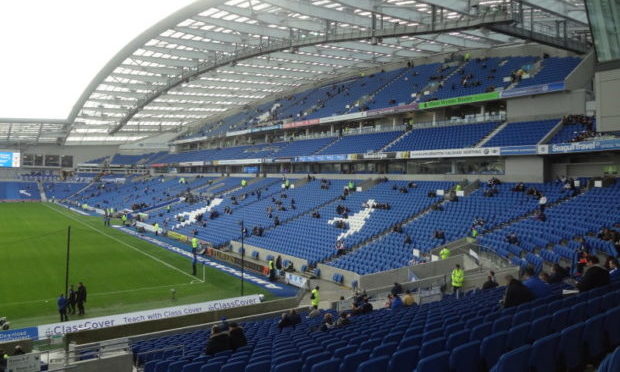 The famous quote best describes the state of football sport around the world now. The Coronavirus pandemic has been a major impediment to sporting activities this year. Football, in particular, has been one of the worst-hit.

However, as life gradually crawls back, clubs are converging, and leagues are resuming. Premier League clubs are discovering it the hard way that a game in a stadium with no fans is just not football enough.

As a compromise, the clubs have agreed to have all the league’s top-flight games aired live on TV this month.

The 20 clubs that make up the league have bowed to pressure from the fans and the Government to broadcast the matches live at no cost to the viewers. The Premier League is one of the most lucrative sporting competitions, with over $11.7 billion in revenues in the 2019-2020 season. Half of these revenues came from exclusive broadcasting rights.

Trouble for the league, and others like it around the world, began with the Coronavirus pandemic. Like every other contact sport, football had to be suspended at the beginning of the year with the onset of Covid-19.

However, as the situation improves, teams are converging, and players are resuming training. Leagues, such as the Premier League, are resuming, albeit with strict measures. The most stringent requirement is keeping the fans off the stands. All games have to be played behind closed doors.

In the UK, Premier League matches screening is exclusive to Sky Sports and BT. The league also signed airing contracts with select broadcasters around the world. Fans without access to these channels feel disadvantaged – even locked out of supporting their teams.

Fans love to watch their teams play, and those who bet like to see their money grow. Live betting is particularly dependent on live games. If you like to bet on live football, make a point to check out some of the best live casinos in South Africa with Premier League fixtures.

As the teams and fans prepare for the start of the 2020/21 season on September 12th, the backlash has been swift. The fans want to follow the league anywhere, at least until the pandemic is over.

In the initial plan, Premier League club members had agreed to screen only 17 of the 28 opening games on exclusive channels. The eleven games would not be available to fans at all. Therefore, it is understandable that the clubs have been under immense pressure to allow all matches on TV until fans can return to the stadiums.

It is reported that the Premier League clubs have agreed to split the remaining 11 games between the four channels. Fans will now be able to watch live games on BBC and Amazon Prime aside from BT and Sky News.

There is a general consensus amongst both broadcasters and the league that fans must watch the games. After all, is football without fans – even streaming at home – football? However, despite the airing agreements reached in a virtual meeting, there are still issues to iron out.

For instance, Sky News and BT will probably demand clashing broadcasts with BBC, and Amazon Prime rescheduled. The reason is that clashed scheduling of games will severely affect their revenues.

More Reasons to Enjoy the League

Unless the pandemic situation changes in the next couple of weeks, which is unlikely, the Premier League 20 clubs may be forced to screen all the matches free. International fans who have to rely on local channels may be in luck since it means more ways to watch the game.

Are you a fan of football? The current Covid-19 situation should not dampen your mood. Whether you follow the game for the fun or to make money on bets, it is consoling to know that the league will resume – even fans on the stands.