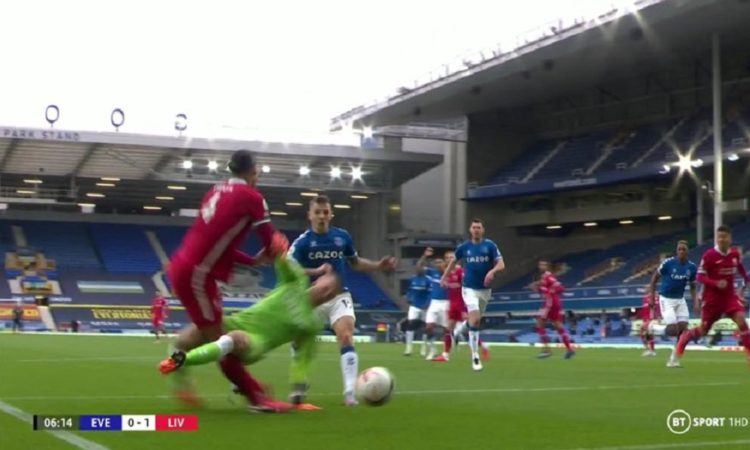 Liverpool defender Virgil van Dijk has been forced off during the early stages of the Merseyside derby following a shocking challenge by Everton keeper Jordan Pickford.

Van Dijk once again started in the heart of the Liverpool back four for today’s 12.30pm kick-off at Goodison Park and the Dutchman was partnered by Joel Matip with Joe Gomez dropping to the bench.

Things started well for the visitors as Liverpool opened the scoring inside the first three minutes as Sadio Mane lashed into the top corner from close range to make it 0-1 after being teed-up by Andy Robertson.

However, Liverpool’s afternoon turned sour when van Dijk limped off minutes later after being on the wrong end of a shocking challenge from Everton number one Pickford.

The England international goalkeeper came charging off his line to wipe out van Dijk with a high scissor tackle inside the six yard box following a sixth minute free-kick.

Pickford escaped a red card and Liverpool missed out on a certain penalty after van Dijk was flagged offside in the build-up so the resulting tackle had to be ignored. After receiving treatment, van Dijk was forced off with a knee injury following the high tackle and had to be replaced by Gomez.

To make matters worse for the champions, Everton soon found an equaliser as Michael Keane headed home in the 19th minute. While it was questionable goalkeeping from Adrian, van Dijk’s presence may also have been missed. At the time of writing, the score is still level at 1-1.

Liverpool will pray van Dijk’s injury isn’t serious as it would be a major blow for Jurgen Klopp if he was to lose his centre-back at this busy time of the season.

Here is footage of the incident: 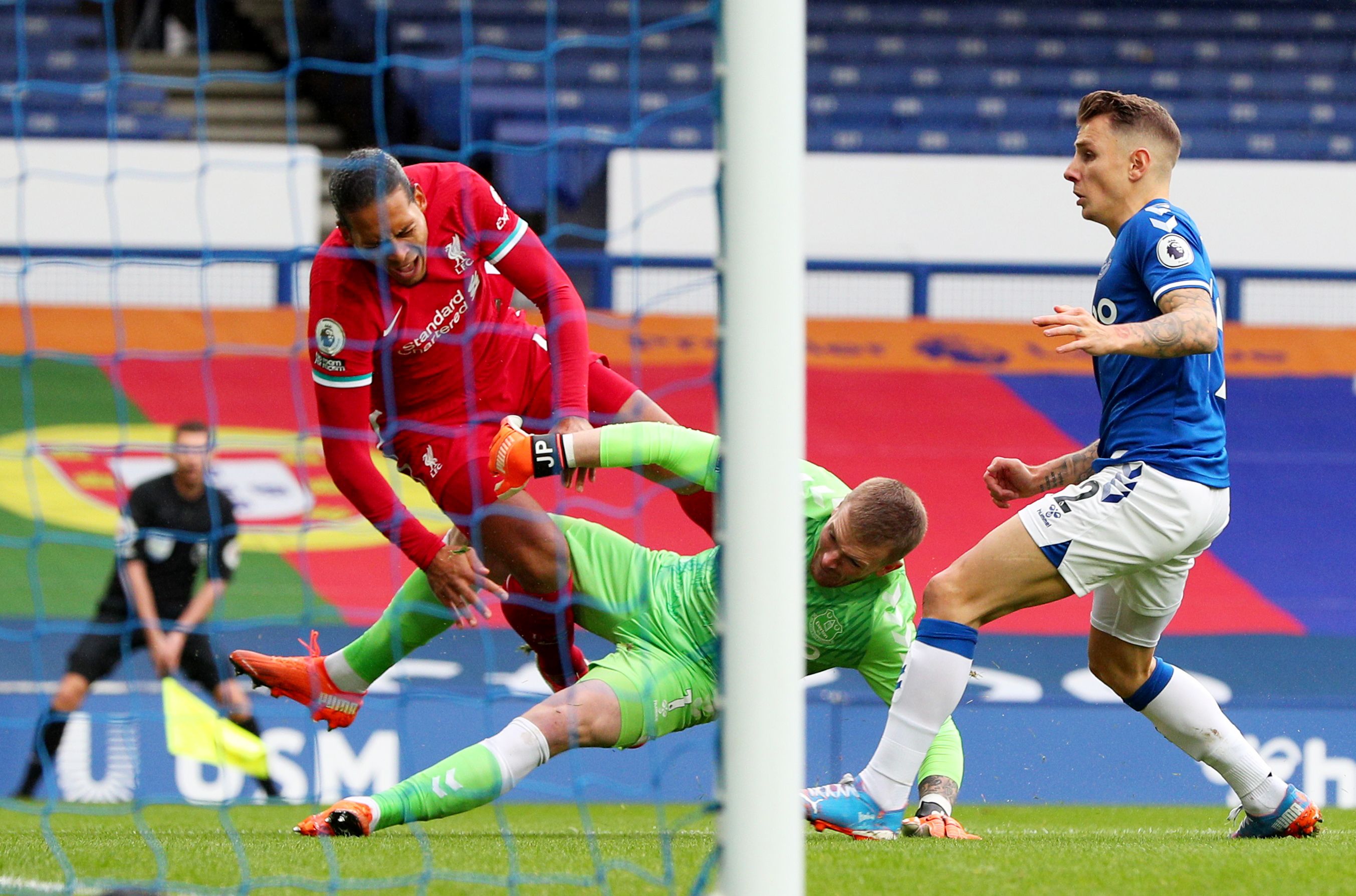